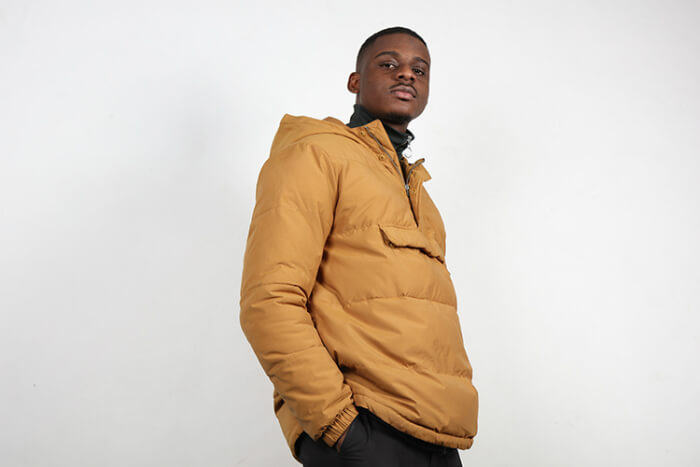 Manchester based artist, poet, rapper and singer Dámì Sule follows the release of his debut album Rough Canvas with a gig at Zombie Shack next week.

The Nigerian-born, Manchester by way of Leeds, performer released Rough Canvas just a few weeks back, with the album following 2017’s Crayons EP which received support from the likes of BBC Introducing and Shock Radio.

The 10-track album sees Dámì touch on subject matters ranging from love to social imbalance; from ambition to prejudice; from faith to freedome.  Speaking about the album and its content Dámì Sule commented, “The whole idea of Rough Canvas is about portraying everything perfect yet imperfect. It is about finding your flaws and making it a canvas for everything beautiful to be made. As an artist I want to be able to create a piece of work that shows man and woman alike that you can become whoever you want to be even in the worst circumstances. Rough Canvas is all in the name ‘rough’ to show the unfiltered, raw and often unappreciated struggles, thoughts and emotions of a young black boy.”

Born and raised in Nigeria for the first ten years of his life, those childhood memories and experiences made a permanent imprint on the character of this young creative, continuing to influence his daily life and, crucially, his writing and music. It wasn’t until Dámì Sule was in college that he began writing poems, something he humbly states that, “I never thought anything of it than just another way to be creative and manipulate words.” However, this initial foray in poetry has been instrumental in Dámì’s music, as he goes on to say, “the power in being able to manipulate words and change the perspective led to where i am today, constantly finding ways to make sure when the message in the music stops, no one forgets.”

When does Dámì Sule perform at Zombie Shack?