Previewed: Once a Year on Blackpool Sands at 3MT and Salfort Arts Theatre 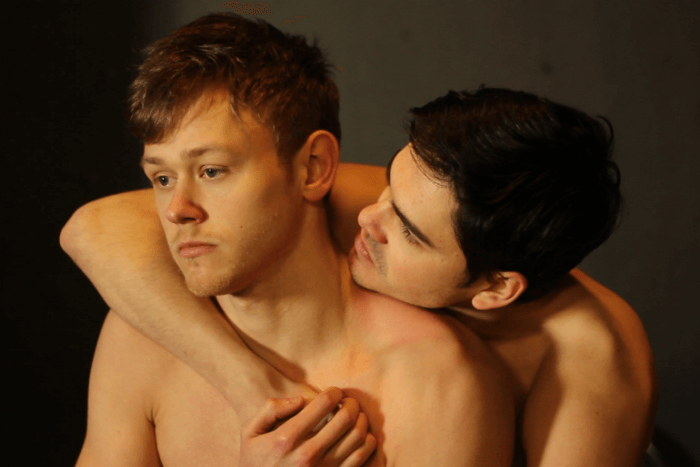 The story of a real-life love affair between two Yorkshire miners comes to Manchester for a run in the Greater Manchester Fringe at 3MT and then Salford Arts Theatre.

Once a Year on Blackpool Sands is written by Karlton Parris and presented by Manchester-based theatre company Skint Productions.

Set in Blackpool 1953, before homosexuality was legal in the UK, this real-life gritty Northern LGBTQ comedy focuses on Eddy and Tommy, as they head to Blackpool for their annual wakes week holiday.

Upstairs the only other guest Mr Elbridge is trying to muster the courage to unleash any of his three female alter egos and walk the fabled transvestite walk from north to south pier as a woman.

As events unfold, six lives will be changed forever and – as Eddy reveals a shocking truth – it will lead to a lifetime of activism in the fight for equality and freedom for the LGBTQ community.

Once a Year on Blackpool Sands stars Kyle Brookes as Eddy Corkhill; Macaulay Cooper as Tommy Price; Dominic McCavish as Phyllis (Mr Elbridge) and Red Ethel is played by Linda Clark, who has appeared on Coronation Street, Emmerdale, Doctors, Dr Who and That Peter Kay Thing.

Once a Year on Blackpool Sands was written after Cheshire-based writer Karlton Parris met the real-life Eddy and Tommy in a bar in Greece 30 years ago, and discovered their powerful, inspirational and funny true story.

Discussing Once a Year on Blackpool Sands, Kyle Brookes commented, “I see them as working class heroes. What they did that night in Blackpool was amazing, brave and so inspirational. This story needs to be told.  These guys, Mr Elbridge, and the ladies, most probably did the first gay pride march in the UK, only they had to contend with of a barrage insults, a few thrown punches and broken beer bottles.  My biggest challenge was working through the knowledge of Eddy’s abusive childhood, I have to do justice to any child gay or straight, who carries that level of damage with them.  However that said, this script is so funny it turns on a sixpence, so to speak.  It’s harrowing one minute, thoughtful, even charming, the next. Then laugh out loud hysterical.  The cast are wonderful and we all share this overriding commitment to doing justice to these six real people.”

When does Once a Year on Blackpool Sands run in Manchester?

Once a Year on Blackpool Sands will then be performed off-Broadway at the Davenport Theatre before work starts to turn the production into a film.