Jason Manford to Star in The Producers UK Tour 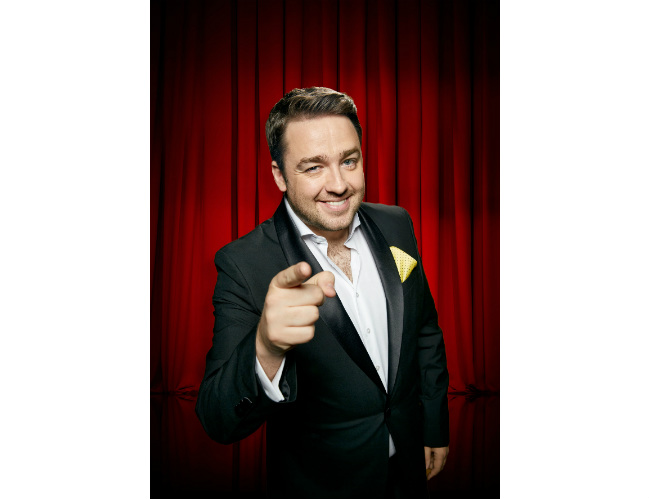 Award winning comedian Jason Manford is set to star in a UK Tour of The Producers, coming to Manchester’s Palace Theatre from 16th to 21st March 2015.

The musical comedy is based on Mel Brooks’ highly acclaimed, Academy Award winning movie of the same name, telling the hilarious story of New York producer Max Bialystock and timid accountant Leo Bloom (set to be played by Manford) who look to pull off Broadway’s greatest scam, producing the worst ever show and running off to Rio with millions – until things go disasterously wrong.  Featuring a wealth of song and dance and incredible humour, The Producers (on stage and film) has continually delighted audiences who have been taken by the great comedy musical and, of course, the infamous ‘Springtime For Hitler’.

With roles in West End classic Sweeney Todd and award-winning stand-up comedy shows under his belt, Jason Manford clearly has the acting and comedy talent to do justice to what is regarded as one of the finest comedies produced and certainly one which has taken Broadway and the West End by storm, with a record breaking 12 Tony Awards and 3 Olivier Awards.  Jason Manford commented “I’m so thrilled to be starring in my favourite musical of all time.  Mel Brooks is a genius and I’m so excited to be playing the iconic role he created.  The show is a riot of laughs from start to finish.”

And he has already received the seal of approval from Brooks, who added “It’s brilliant to see ‘The Producers’ being brought to life again with this new production and I can’t wait to see what Jason Manford brings to the role of Leo.”

The show is being brought to Manchester’s Palace Theatre by the producers of sell-out hits Midnight Tango and Dance ‘Til Dawn and will be directed by Matthew White (Top Hat).