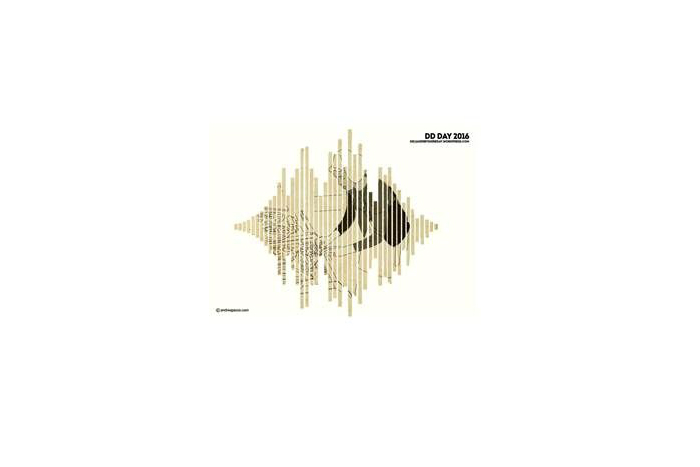 Home has announced that Delia Derbyshire Day 2016 will take place at Home on 17 January 2016, featuring music and visual art, celebrating the work and archive of Delia Derbyshire, a pioneer of electronic music who worked for the BBC Radiophonic Workshop and is perhaps most famous for realising the iconic, original Dr Who theme in 1963.

Throughout her career, Delia had a close affinity with the visual arts, working on BBC projects about artists including Henry Moore, Francisco Goya and Eduardo Paolozzi, and collaborating with visual artists like Yoko Ono and Madelon Hooykaas.  Delia Derbyshire Day 2016 showcases this interplay between music and visual art, and will screen two exciting new donations of experimental art films to the archive, for which Delia provided the music.

As part of the celebration, Home will present the premiere performances of two new creative responses to the Delia Derbyshire Archive by artists Mary Stark (visual live art) and Mandy Wigby featuring Howard Jacobs as The Architects of Rosslyn (electronic and acoustic music).

The event will include a Q&A with the artists as well as filmmakers Madelon Hooykaas and Di Mainstone, chaired by Dr David Butler, Senior Lecturer of Screen Studies at University of Manchester and principal researcher of the Delia Derbyshire Archive – exploring the relationship of music and visual art and Delia’s work across these disciplines. During the day, there will also be hands-on family music workshops and a pop-up live improvised music performance to fill the HOME building with Delia-n spirit.

DD Day 2016 Project Manager Caro C said: “The success of DD Day 2013 & DD Day 2014 far exceeded our expectations, demonstrating great interest in Delia’s work, her archive and support for our rather radical arts programming. We are so excited to have our event coming up at the lovely new venue of HOME. With DD Day 2016, once again we are taking a fresh angle on Delia’s fascinating work and archive which we feel is a rich source of electronic music heritage sitting right here in Manchester. We are excited to be able to present two new film donations to the archive, a new audio collage of archive material, new music and visual art commissions and hands-on electronic music making workshops for families. With a post-event Q&A, there will also be an opportunity to hear from and talk to some of the artists and filmmakers involved.”

Tardis Music Quest: A Music-Making Family Workshop
11.30-1.30 & 2.30-3.30pm
A fun hands-on music-making workshop in the spirit of electronic music pioneer Delia Derbyshire (1937-2001). This will be a playful and collaborative music experience for all the family to explore and experiment with sound and loops. Age 6+, no musical experience necessary.

One of these days
Directed by Elsa Alexandra Stansfield & Else Madelon Hooykaas
30 min, NL, 1973, U cert, in English
One of these days was made as an image impression of a ‘person of today’ Marte Röling, an Amsterdam designer. The sounds throughout the day play an important role.  The people talking and Marte’s reactions stimulated by what they say. At the end she realises her dream to decorate an ocean liner with favourite form: mouths. Music by Delia Derbyshire.

Two Houses
Directed by Elisabeth Kozmian
41 mins, UK, U cert, 1980
In 1977 two architects bought derelict houses in Kentish Town, North London and set out to renovate them. Being very different people, their ways of working and approach were completely different. Symbolically this film is about the process of renewal, about change overcoming decay, about courage and hard work. On a more pedestrian level the film is about people converting their houses, an occupation very dear to British homeowners who are always tinkering with do-it-yourself. For this film Delia composed a piano score.