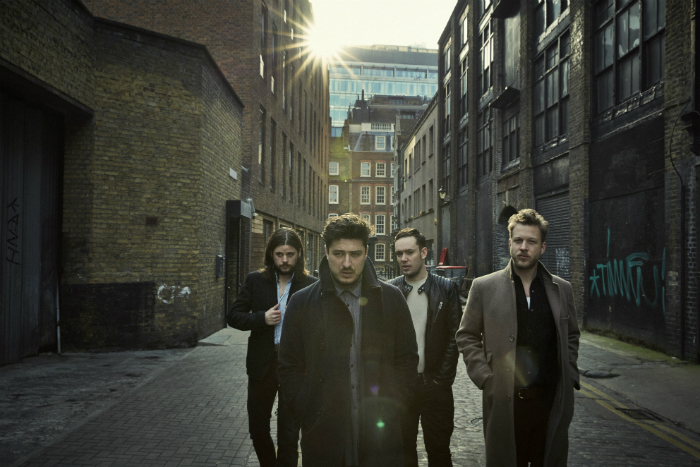 Sunday 6 December – Nailed It! – The Castle

The key feature of Ben Williams’ Nailed It! series at The Castle has been the high quality of acts which have performed from Laura Esther to Lily Jo and more.  The latest in the monthly shows is set to be of an equally high standard, featuring Lee Parry, Caoilfhionn Rose and the man himself Ben Williams in a full band show.  Tickets £4.

After a huge summer performing at Reading amongst a worldwide schedule of festival dates, Mumford and Sons perform their first UK tour since 2012.  The tour comes off the back of their number one album Wilder Mind which was released in May, debuting at number one in six countries.  Support comes from Jack Garratt.  Tickets from £25.

With their third album due in Spring 2016, The Computers returned in November with a new EP Want The News, Here’s The Blues.  The Computers have gained a huge reputation for outstanding live shows and recently performed three secret gigs in London, Manchester and Brighton to test out their new material and introduce new members James Mattock (guitar) and Tom McMahon (bass).  Support comes from Then Thickens and Colt 45.  Tickets £8.

Courteeners  crown an incredible eighteen-month period which began with their highest charting album so far, Concrete Love, with a residency at Manchester’s O2 Apollo (five gigs this week followed by another two on 18 and 19 December).  Support varies each night but includes Pretty Vicious (8 Dec), Clean Cut Kid (10 December) and Blossoms (12 December).  Tickets £25.00.

Manchester Academy’s outstanding celebration year continues with two shows from Shed Seven and special guests Inspiral Carpets.  The no-nonsense York-based indie/Brit-pop band (depending on your persuasion) will no doubt be performing some of their greatest hits including Going For Gold, Disco Down and Chasing Rainbows.  Tickets £24.75.

Having originally formed in 2005 Caravan Palace’s eponymous debut album in 2008 set the tone – a rip-roaring party, bursting with fun. From it, the single Jolie Coquine went on to define a new sound, as the album launched the band globally, charting in their native France where it quickly won a platinum sales award.  Whilst 2012 follow-up Panic was a little more experimental, latest release <|°_°|> (try asking for that at HMV!) is full of electro-swing fused with a Charleston feeling and the odd bit of hip-hop.  Tickets £19.

Halifax based The Orielles – sisters Esme and Sid Hand-Halford (bass/vocals and drums respectively) and Henry Wade (guitar) – have been garnering major interest recently and performed some stand out shows at the Deaf Institute and The Castle as wells as slots at Dot To Dot, Live At Leeds and Liverpool Sound City.  This latest gig comes after the release of their excellent new single Joey Says We Got It.  Expect lifting harmonies, incredible guitars, punching basslines and a glorious surf-pop feel.  Support comes from La Bete Blooms, The Showers and Blooms.  Tickets £5.