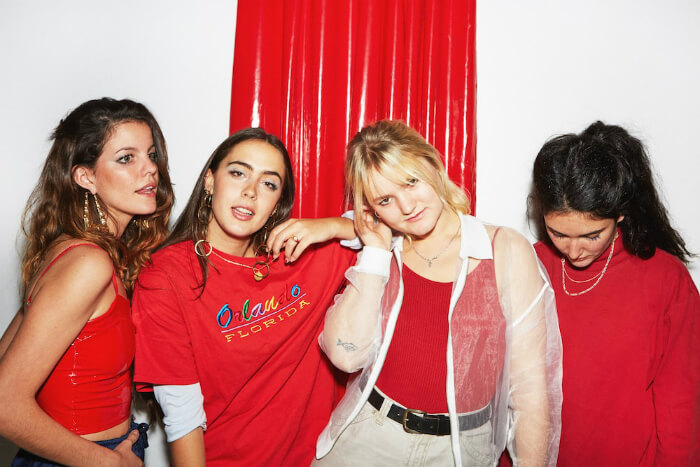 Hinds have announced an Autumn 2018 UK and European tour including a date at Manchester Academy.  The shows follow the release of their sophomore album I Don’t Run in April and have been announced ahead of a slot at Reading and Leeds Festival this weekend.

With 17 dates confirmed for the UK this will be the band’s biggest UK tour to-date and includes a one-day mini-festival at London’s Hackney Arts Centre which the band are curating themselves.

I Don’t Run was released in April via Lucky Number.  The album was co-produced by Hinds and Gordon Raphael (The Strokes, Regina Spektor).  Shawn Everett (Alabama Shakes, The War On Drugs, John Legend) engineered the album.

When do tickets for Hinds’ UK tour and Manchester Academy gig go on sale?

Tickets for Hinds at Manchester Academy are on sale now.