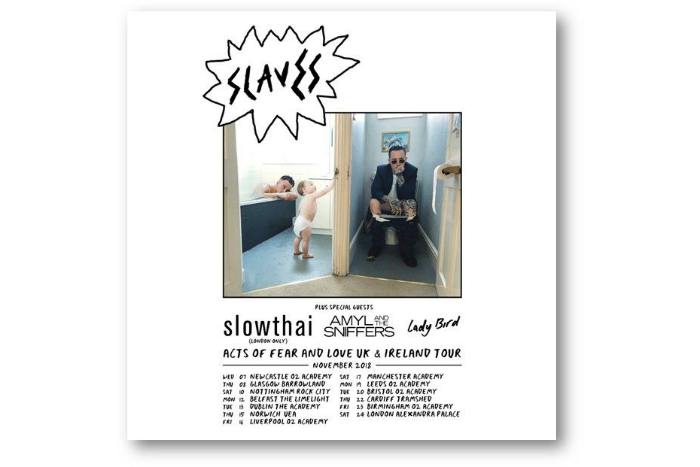 Slaves have announced their biggest UK tour to date, including a Manchester gig at Manchester Academy.  The announcement comes ahead of the release of their third album Acts of Fear and Love.

Acts of Fear and Love is the band’s third album and will be released from Virgin EMI/AMF Records on 17 August.  The album reflects that fear and love may actually be the biggest motivators in the world at the moment.

For the tour, Slaves have handpicked the support acts.  Kentish punk raconteurs Lady Bird (the first signing to Slaves Girl Fight record label) will be opening the shows.  Caustic Aussie pub punks Amyl and the Sniffers will be bringing their own distinct brand of riotous noise along for the ride.

When do Slaves headline at Manchester Academy?

When do tickets for Slaves at Manchester Academy go on sale?

Tickets for Slaves’ UK tour go on sale at 9am on Friday 10 August.  A presale is available for fans who preorder the album before 4pm on Tuesday 7 August.