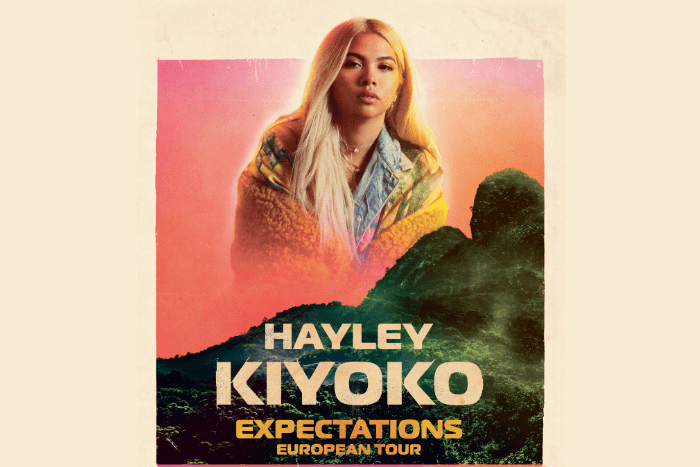 Hayley Kiyoko has announced her first UK and European dates, opening with a Manchester gig at Club Academy in October.

The singer/songwriter/director will perform nine dates across Europe, including two in the UK.

Since April, Hayley has been relentlessly touring across North America with a successful headline run that included dazzling performances at Coachella and NYC’s historic Irving Plaza, and is currently supporting Panic! At The Disco on their North America tour.

Earlier this month it was announced that Hayley is nominated for both the Best New Artist and Best Push Artist awards at the 2018 MTV Video Music Awards, which take place in New York on 20 August.  The nominations follow the release of her debut album Expectations and her latest singles Curious and What I Need.

When does Hayley Kiyoko headline at Manchester Club Academy?

Hayley Kiyoko headlines at Manchester Club Academy on 24 October 2018.  The Manchester gig is the opening night of her European tour which also includes a date at London’s O2 Academy Islington on 26 October.

When do tickets for Hayley Kiyoko’s UK gigs go on sale?

Tickets for Hayley Kiyoko’s UK tour dates go on sale at 9am on 3 August 2018.