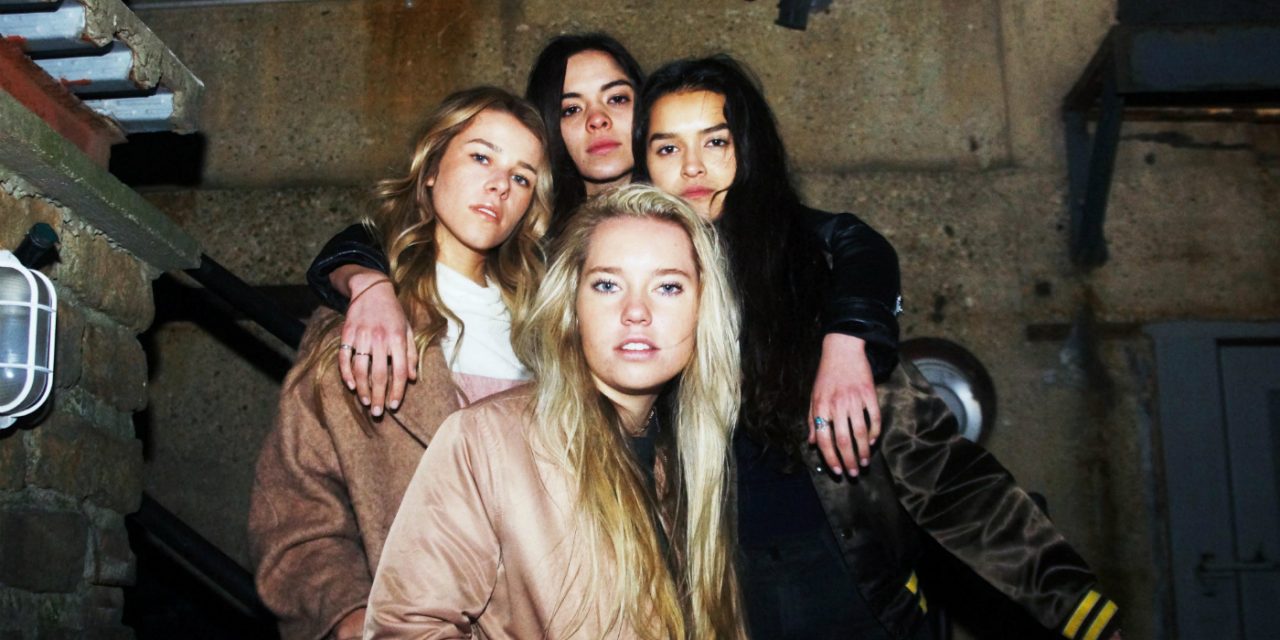 The Aces have announced a run of UK and Ireland tour dates including a Manchester gig at Soup Kitchen.

The run of shows follows April’s release of their outstanding debut album When My Heart Felt Volcanic.  Now they will embark on their first UK and European headline tour, taking in Manchester’s Soup Kitchen.

The announcement comes as the quartet revealed their self-produced new video for Last One, directed by drummer Alisa Ramirez.  Check out our interview with The Aces’ Alisa Ramirez where we discussed their debut album When My Heart Felt Volcanic.

Speaking about the video, the band commented, “Doing something obvious for the song felt very vanilla to us, so when Alisa was writing the treatment we decided to go in a much more literal direction to define what The Last One means. The song is about being addicted to someone that’s taking over your life and it’s killing you, but instead of a person we wanted to use a poignant symbol that embodies addiction.”

When do The Aces headline at Manchester’s Soup Kitchen?

When do tickets for The Aces’ UK tour go on sale?

Tickets for The Aces’ UK and Ireland tour, including Manchester gig, go on sale on 25 July 2018.