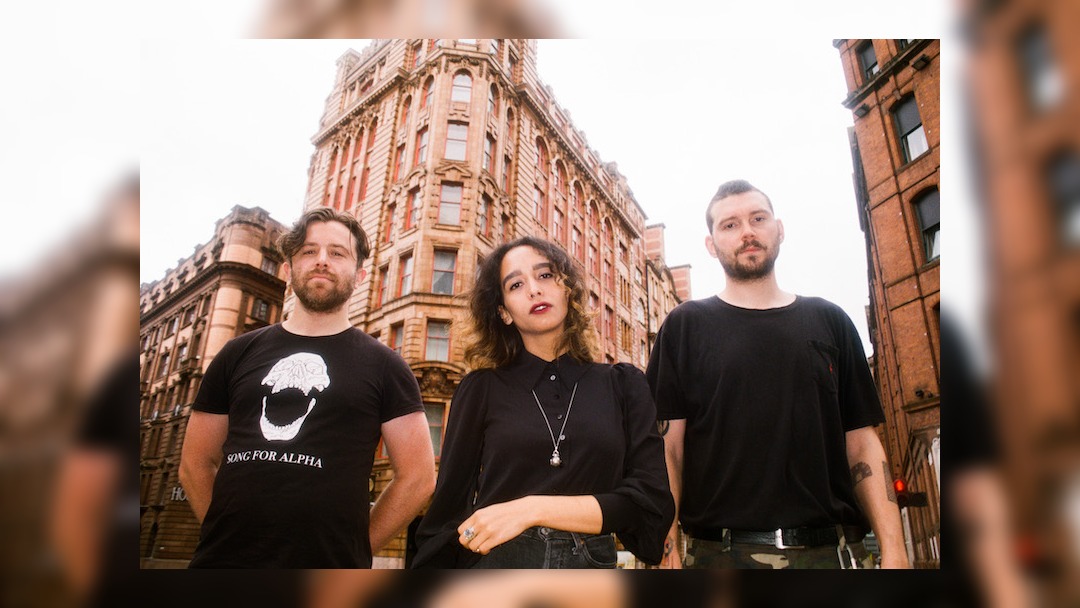 Manchester trio Gary, Indiana are back with their latest single Alien 3, the follow up last year’s Nike of Samothrace.

The post-punk, noise and electronics band formed after Valentine Caulfield met co-founding member Scott Fair on the city’s thriving DIY scene at Aatma.  After catching a string of experimental sets at venues including The Peer Hat, The White Hotel and Aatma, they began writing together before percussionist Liam Stewart joined them.

Speaking about Alien 3, the band commented, “Alien 3 is a dark tale of violence, defiance and rebellion. The words, almost whispered and monotone, are a declaration of power: I know what you’re doing, the victim says; but I won’t be on my knees anymore.”

The track is accompanied by a video created by Scott Fair, who explained, “I saw a clip of the video game Mosh Pit Simulator a while back and found it to be both very disturbing and very funny, and I loved that reaction so that was a jumping off point for the ‘Alien 3’ video. I used free software called Blender to make most of the animations, it’s all completely new to me so I was like a kid in a sweet shop wanting to try everything and having fun with it. The other major component of the video is computer game glitches. Some true abominations are created when computer games go wrong and it’s utterly captivating.”