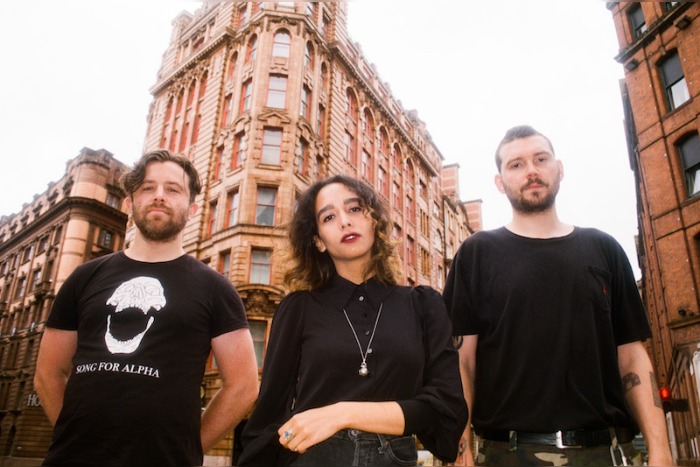 Manchester band Gary, Indiana have revealed their latest track, the excellent Nike of Samothrace, along with a video directed by Will Shields.

After catching a string of experimental sets at venues including The Peer Hat, The White Hotel and Aatma, they began writing together before percussionist Liam Stewart joined them.

Speaking about Nike of Samothrace, the band explained, “We wanted ‘Nike of Samothrace’ to be like a blunt instrument, both lyrically and musically. It’s purely brute force, gouging away with all dials turned up full, including the gutteral bass line, which was inspired by Thomas Bangalter’s score for Irreversible and Hans Zimmer’s score for Blade Runner 2049. We’re very much driven by rhythm and movement and also wanted to experiment with a Liquid Liquid style percussive breakdown, we love when genres and dynamics are smashed together in an untidy way… we love to butcher things.”

Nike of Samothrace is the third single from Gary, Indiana follows previous tracks Pashto and Berlin, with the band currently recording new music with a tentative release later in 2021.  It’s an outstanding track mixing experimental, scuzz, noise and rhythm under Valentine Caulfield’s vocals in her native French language.

The track is entirely self-produced with minimal mixing, recorded in industrial spaces to provide an almost haunting effect.  The band also draws on the filmmaking of Gaspar Noe and Leos Carax as well as the influences of old videos on MTV2, VH1 and Kerrang.