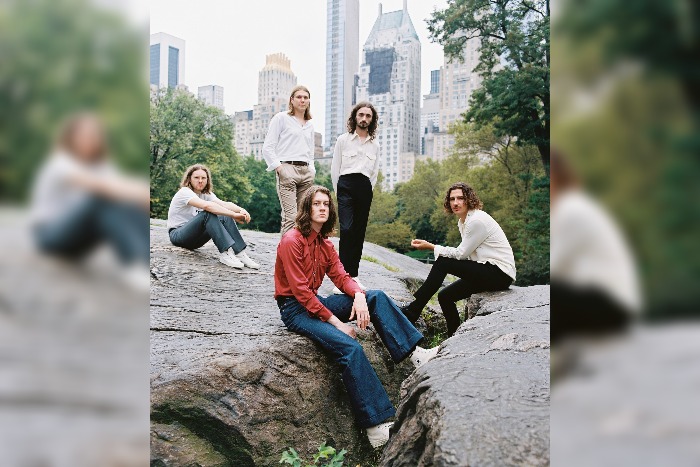 Stockport fivesome Blossoms are set to stream an exclusive gig on the app MelodyVR on Thursday.

The band will be performing live at the O2 Academy Brixton, their first return to the London venue since 2018 on their sold out Cool Like You tour.

A global at-home audience will have the opportunity to catch Blossoms’ one-off show via the MelodyVR app on smartphones and VR headsets.  Fans will be able to take advantage of the technology to choose from multiple camera angles and get a 360° view of the action.

Speaking in anticipation of the gig, frontman Tom Ogden commented, “We’re really excited to be coming back to play live at O2 Academy Brixton and also making our MelodyVR debut. It’s been so long since we’ve played live and we can’t wait to perform for you all at home.”

Scoring a number one with their self-titled debut Blossoms, a number four with its follow up Cool Like You and another number one with their third album Foolish Loving Spaces, the band have dropped hints that a fourth studio release is on its way for 2021.  Blossoms recently released their first ever, double A-Side Christmas single, Christmas Eve (Soul Purpose)/ It’s Going To Be A Cold Winter, which was written on the hottest day of the year.

The virtual gig is exclusively available to watch on MolodyVR app or via the MelodyVR web player.  Tickets are on sale now.