Five Manchester gigs to ease you back in after Easter 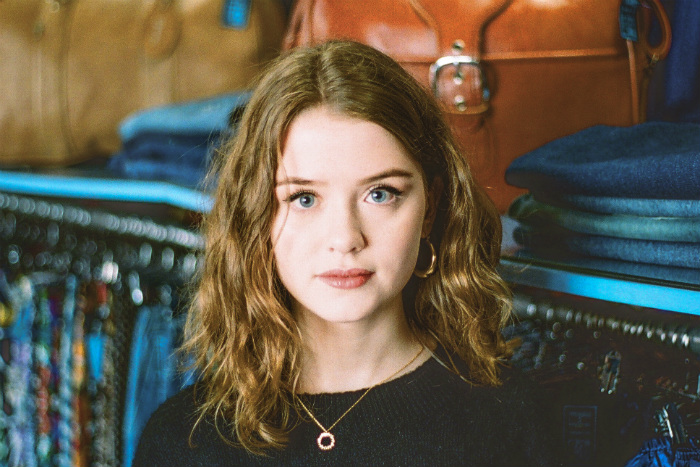 Whether you’re heading back to work, school, college, uni, family life post-bank-holiday-blues can always strike, so at Live Manchester we’ve got you covered with five gigs to ease you back in after the Easter break.

A Live Manchester favourite, The Seamonsters return to Jimmys where they wowed the crowd last year.  The six-piece indie synth-pop band from Sheffield have been picking up more and more support through excellent releases (recent release Blue Movie Baby being the latest following the outstanding Wonderland and Lost (And Found)) as well as performances at Neighbourhood Festival, Night and Day and The Castle.  Dreamy, ethereal, occasionally spiky, this is one to catch!  Support comes from Cora Pearl and Manchester based The Rants in a gig presented by Violet Gang Manchester.

Maisie Peters opens a run of UK dates at Manchester’s Deaf Institute.  The tour follows the November 2018 release of her debut EP Dressed Too Nice for a Jacket.  The six track EP boasts honest, personal, tuneful folk-pop songs filled with youthful exuberance and charm.  The songs were written over the preceding year.  A natural storyteller who wrote her first song when she was just nine years old, Peters first began uploading her songs to YouTube in 2015.  After releasing viral debut Place We Were Made, she has since gone on to put out a collection of follow-up singles; powerful, stripped-down piano ballad Birthday, sleek, glossy pop tracks Worst of You, Best I’ll Ever Sing and In My Head, and the  beautiful Details, all released in 2018

Just weeks after the release of new album The Ceiling, indie dream poppers Jaws play a handful of headline dates including Manchester’s O2 Ritz.  The Birmingham trio will be playing material from their third album, which revels in added next textures and layers.  The album was produced by Gethin Pearson who also produced the band’s 2016 release Simplicity.   Front man and guitarist Connor Schofield explains, “Lyrically The Ceiling is generally about feeling a bit lost, I think as you grow up everything feels like its moving along a lot quicker; friends, relationships, life can all seem to move at 100 mph. Sometimes we forget that its OK to stand still for a bit sometimes and actually breathe. A lot of these songs are about dealing with that. Musically I think we’ve surprised even ourselves with it, we’ve gone down paths we haven’t taken before and ended up with something we’re really very excited about.”

Manchester raised Brit Award winner Tom Walker headlines at Manchester Academy in a huge gig supported by Jade Bird.  Following his breakthrough moment with the massive hit Leave A Light On, Walker saw his debut album What A Time To Be Alive shoot to number one in the album charts last month.  Festival slots across the world, TV appearances and his huge tour are set to cement the singer-songwriter’s upwards trajectory.

Teleman return to Manchester’s Gorilla for a headline show with support from Uh, closing their six date UK tour.  Melodic, melancholic, experimental yet familiar, Teleman are a stunning proposition live as they have demonstrated time and time again (we first caught Teleman at the Deaf Institute where we were shook by their live brilliance and atmospheric performance).  The Manchester gig comes ahead of a remix album, Family of Remixes, which the band have planned for next Month – the album will feature reworkings of last year’s Family of Aliens album with contributions from Boxed In, Sir Was, Ghost Culture and more.