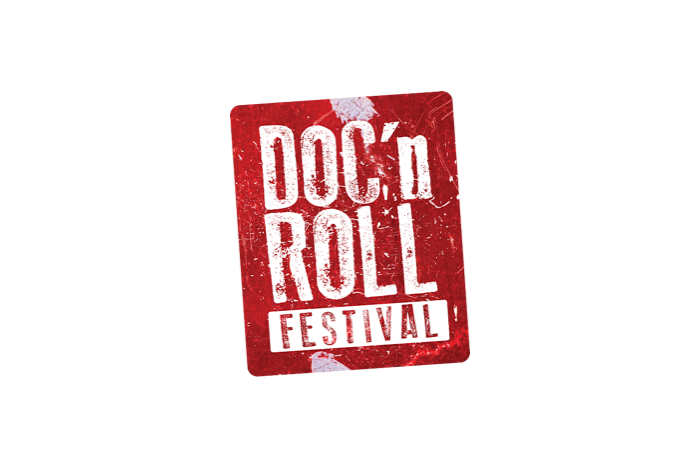 Doc’N Roll Festival, which made its Manchester debut last year, will feature documentaries as well as live Q&As with artists and directors, after-show parties, premieres and more.

The ultimate arts festival for film buffs and music aficionados alike, Doc’n Roll MCR 2019 will present six fascinating feature film premieres that chart the incredible stories of ground-breaking labels like Trojan (Rudeboy: The Story of Trojan Records); shine new light on the previously unexplored depths of the Detroit techno scene that redefined electronic music (Never Stop – A Music That Resists); launch you full-pelt into the world of punk’s fearless heroines as they break the glass ceiling and blow the genre apart (Stories from The She Punks); and take you into the minds of some of your favourite creative geniuses, whether it be Brazilian rock titans Sepultura (Sepultura: Endurance) or globe-trotting provocateur and polymath pianist Chilly Gonzales (Shut Up and Play the Piano: Chilly Gonzales).

Live Q&As will include punk pioneers and directors Helen Reddington (The Chefs) and Gina Birch (The Raincoats) who discuss Stories From The She Punks.

Film shorts will also feature heavily including The Velvet Underground Played At My High School and To The Front: Scenes From a Women’s Rock Camp, to portraits of Afrobeat icon Tony Allen, Charlatans keyboardist Tony Rogers and late Glaswegian rapping talent Lumo.

WE ARE ALL HERE
Dir. Hannah Currie, UK, 2018, 23 mins
When Glasgow rapper Lumo takes his own life aged 21, family and friends struggle to make sense of his death.

YOU ARE HERE
Dir. Nicholas Jones, UK, 2018, 16 mins
A portrait of the Charlatans’ keyboard player Tony Rogers, who left England behind for rural Ireland.

BIRTH OF AFROBEAT
Dir. Opiyo Okeyo, USA, 2017, 7 mins
Fela Kuti said that without Nigerian drum legend Tony Allen, there would be no Afrobeat: This is Allen’s story.

TO THE FRONT: SCENES FROM A WOMEN’S ROCK CAMP
Dir. Fran Broadhurst, UK, 2018, 13 mins
A group of unacquainted women, with no musical experience, have three days to learn an instrument, form a band and perform live.

This striking and beautifully filmed documentary tells the compelling and unexpected story of Detroit techno and the local labels that enabled its stubbornly independent underground culture to resonate worldwide. It is the tale of a creative force, inspired by new attitudes towards technology and electronic communication, that built a future-facing DIY utopia in a machine-age city undergoing huge change as its place at the heart of American manufacturing slipped away. As Detroit struggles toward rebirth, Never Stop looks back over the genre’s thirty year history via interviews and insights from the movement’s legendary figures, including Juan Atkins , Derrick May , Carl Craig and Jeff Mills , who focus on the radio DJs who inspired them, the record shops who supported them and the major labels who rejected and tried to thwart them; the independence, enterprise and empowerment that inspired them; and the sequencers, sounds and scenes that created a musical phenomenon.

A film about the love affair between Jamaican and British youth culture told through the prism of one of the most iconic labels in the history of black music, Trojan Records . Combining archive footage, interview and drama, Rudeboy tells the story of the label by placing it at the heart of a cultural revolution that unfolded in the council estates and dancefloors of late 60s and early 70s Britain, as immigration and innovation transformed popular music and culture. A cast of legendary artists including Lee “Scratch” Perry , Toots Hibbert , Ken Boothe , Neville Staple , Marcia Griffiths , Dave Barker , Dandy Livingstone , Lloyd Coxsone , Pauline Black , Derrick Morgan and more bring the sounds, stars and stories to life.
This screening is co-presented by Positive Vibration who are organising an after party.

Loud, fearless and (un)typical girls: Gina Birch (The Raincoats) and Helen Reddington (The Chefs), musicians and punk icons turned directors, serve up a fascinating documentary built on new interviews with the women who played instruments in punk bands in the 1970s. In accounts laced with wit, honesty and insight, pioneering players including the Adverts’ Gaye Black (bass), Palmolive from The Slits (drums), Shanne Bradley from The Nips (bass), Jane Munro from The Au Pairs (bass), Hester Smith and Rachel Bor from Dolly Mixture (drums and guitar), bassist Gina and guitarist Ana Da Silva from The Raincoats , as well as many others, recall acquiring instruments, learning to play, forming bands and getting gigs.

Stories From The She Punks will be prefaced by two shorts by Gina Birch:

Feminist Song (4:48, 2010)
Gina: “This short film is based around a song I wrote in 2010 about protest, anger and love, and is a collage of relevant bits of my work. The footage is mostly Super 8, some of which was filmed many years ago when I was on my Fine Art course at Hornsey School of Art, where I made a film of me screaming for the duration of a Super 8 cartridge. The footage of me jumping through giant paper screens is also from this time. Other parts of the film were made much more recently: the burning of 100 bras and the stilletto walks are a part of a ‘fake 70s feminist’ film series I made in the past 10 years.”

In Love (3:28, 2018)
Gina: “I recently found some very old unexposed Super 8 footage and decided to make another time-based piece. This involved finding a friend with a working Super 8 camera who kindly agreed to film me, and then I sent the footage to Canada via the Netherlands to get this ancient footage processed as it was the only place left I could find that would dare to process it. I would set up my small record player and draw a huge vinyl record with charcoal for the time the track took to play. For this version of the film, I used a tiny section of this footage and intercut it with Super 8 footage of The Raincoats performing in 1977 and 1978 in Poland and London.”

Chilly Gonzales is a professional paradox: a genre-juggling provocateur serving up rap and electro in underground Berlin who became an unexpected infiltrator of the concert halls of classical music. Truth, fiction and mischief collide in this playful documentary as we follow the Grammy-winning Gonzales from his native Montreal to late 1990s Berlin, and via Paris to the world’s great philharmonic halls. Along the way, he notches up collaborations with the likes of Feist, Jarvis Cocker, Peaches, Daft Punk and Drake.
Diving deep into the dichotomy of Gonzales’ stage persona, in which relentless self-doubt and gleeful megalomania are two sides of the same coin, the documentary makes unorthodox use of the artist’s own video archives along with interviews and performance footage. A fast-paced portrait of a restless reveller in artifice and a career driven by the desire to push boundaries as well as buttons.

Harmony, healing and shared humanity: a moving portrait of the practice of Kirtan, and the people from all walks of life and cultural traditions who seek inner peace by singing mantras together. In a film about spirituality rather than religion, we meet a diverse group of participants ranging from Tibetan monks to hip-hop MCs and prison inmates, who offer accounts of Kirtan’s lasting impact on their creative and emotional lives. We also learn of the growing neurological evidence for the measurable, beneficial effects of meditation and chanting. Via spellbinding performances and insights from many of Kirtan’s most acclaimed performers, including Deva Premal & Miten with Manose, Krishna Das, Snatam Kaur, Jai Uttal, MC Yogi, Dave Stringer, Lama Gyurme & Jean-Philippe Rykiel, C.C. White, Mirabai Ceiba, Gaura Vani, Nina Rao, Charlie Braun, Guru Ganesha and Wah!, Georgia Wyss’ documentary offers revelations for anyone moved by the simple, subtle, affecting power of song.

Part concert film, part testimonial to the power of music, part intimate insider view, Sepultura Endurance is a close-focus portrait of Brazil’s rock legends featuring previously unseen archival footage from the band’s 30 year history and interviews with admirers including Lars Ulrich, Scott Ian and Slipknot’s Corey Taylor. A true institution, Sepultura has released 14 albums, sold millions of albums worldwide, and earned multiple gold and platinum records across the globe. Following the band as they toured and recorded their last three albums, a time of tension and triumph, director Otavio Juliano serves up the history, myths, conflicts, personnel changes and struggles, allowing us to see them at their most vulnerable and human, as well as icons of heavy metal.