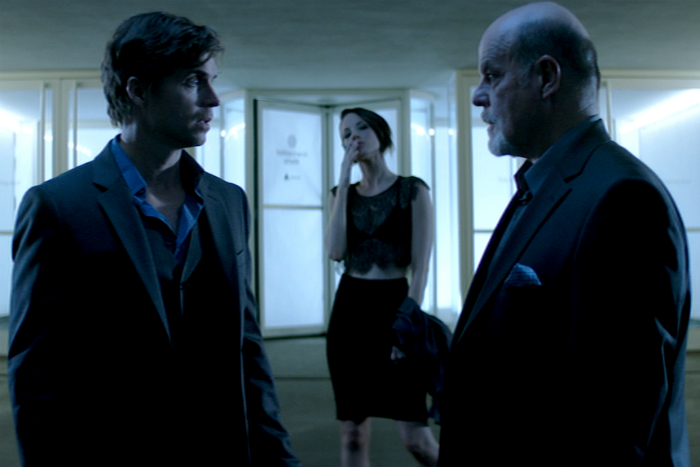 Grimmfest 2015 has announced the first three films to be screened at the popular genre film festival in October.  The organisers have now revealed three UK premieres which have been making waves at festivals around the world including Sundance, SXSW and Fantasia with Syncronicity, Excess Flesh and He Never Died.

It has also been announced that a second limited batch of Full Festival Passes have been released after the first release sold out in record time.

He Never Died (UK Premiere)
Starring Henry Rollins the frontman of legendary punk band Black Flag, He Never Died follows Jack, Jack in a rut. Depression and severe anti-social behaviour has whittled down his existence to sleeping and watching television. Seeing the human race as little more than meat with a pulse, Jack has no interest to bond with anyone. There’s little purpose for him to make friends with someone he’d eventually eat or outlive by more than a millennia. The fuse is lit when Jack’s past comes back to rattle him. Jack must now walk a tight rope of sobriety and try to eat as few people as possible in this violent tale of personal responsibility. 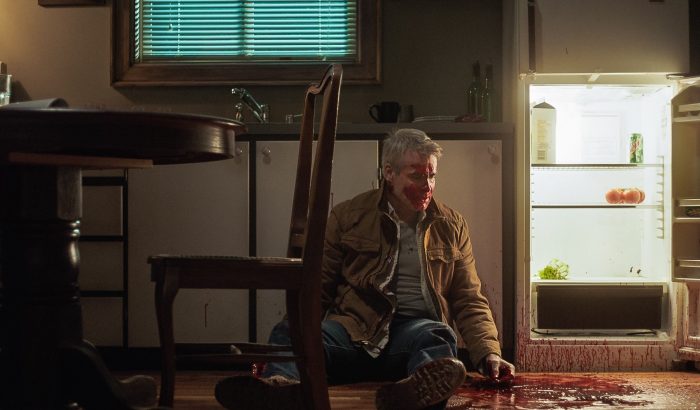 Synchronicity (UK Premiere)
From the creators of The Signal comes Synchronicity, a mind-bending ‘Sci-fi Noir’ in the tradition of Dark City, Blade Runner, and Alphaville starring Chad McKnight, Michael Ironside and Brianne Davis. The film follows physicist Jim Beale just as he invents a machine that can fold space-time, suddenly a rare Dahlia appears from the future. He must now find the flower’s identical match in the present to prove his machine works. Jim soon discovers that the Dahlia lies in the hands of a mysterious girl, who seduces him into revealing his secrets. Convinced that he’s fallen prey to a femme fatale trying to steal his invention, Jim travels back in time to stop her betrayal before it happens. But once in the past, Jim uncovers a surprising truth about the machine, the girl, and his own reality.

Excess Flesh (UK Premiere)
Excess Flesh is the new shocking body horror from writer and director Patrick Kennelly. The film centres around Jill who is obsessed with her new roommate Jennifer, a promiscuous and sexy
hotshot in the LA Fashion scene. New to the city and recently single, Jill is unable to keep up as she binges and purges to stay thin; eventually hating herself and everyone around her. Her jealousy and rage spiral out of control — Jennifer has everything, and Jill wants to be just like her. If Jill can’t BE Jennifer, she must destroy her. 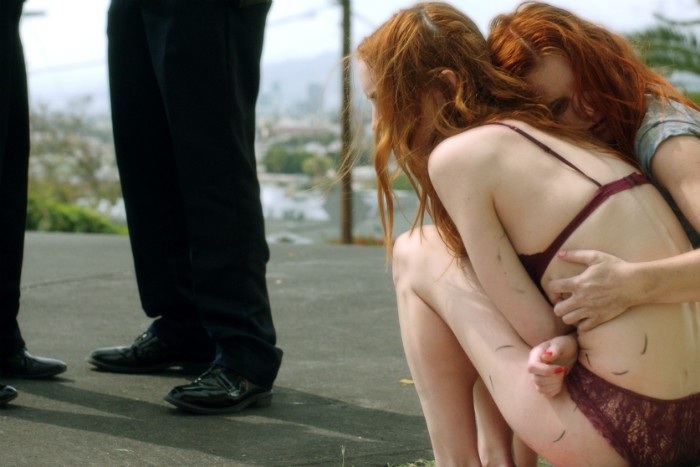 Grimmfest is now in its seventh year and is set to take place at its new home The Odeon at the Printworks from 1-4 October 2015.