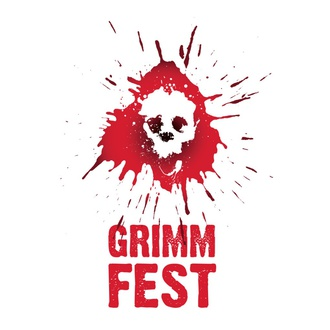 Grimm Up North have revealed the first details of the 2015 Grimmfest, which is set to be the seventh edition of the UK festival dedicated to screening the best in Cult, Horror, Sci-Fi and Fantasy cinema.

The team behind Grimmfest have announced that the UK’s leading festival of cult and horror cinema will take place from 1st to 4th October and will now be held at Manchester’s Odeon at the Printworks.

Having previously been held in multiple venues around Manchester, the new partnership with Odeon, which houses the UK’s largest IMAX outside of London, is set help Grimmfest grow and develop, taking advantage of the impressive cinema’s 20 state of the art digital screens.  Whilst in previous years Grimmfest has largely focused on premiering new horror films with a sprinkling of other genres, this year it is set to deliver even greater diversity, retaining its horror core, but bringing audiences a great number of ‘Genre Gems’.

Festival Director Simeon Halligan is even more excited than usual to unleash Grimmfest this year, “Printworks will make a fantastic home for the festival; we are super excited to be working with the Printworks team who are as determined as we are to put on an amazing show”.

Building on the success of Grimmfest 2014 is important to Halligan “last year’s premieres and preview screenings were sell outs, particularly exciting were the screenings of Serenity, The Babadook & 30th anniversary screening of A Nightmare on Elm Street, but this year working with Odeon Printworks we want to not only deliver sell out shows, but grow the audience and introduce even more people to GRIMMFEST”

Grimmfest 2015 is expected to present the most exciting new titles in genre cinema from around the world with exclusive celebrity appearances.  Simeon Halligan commented further “We will always spotlight new horror genre material but we wish to embrace the full spectrum of fantastic films with a view to becoming the festival for fantastic film in the UK.  Manchester is the UK’s second city and deserves a top class international film festival. Today’s announcement of our new Odeon Printworks home, takes us a couple of steps closer to that goal”.

The excitement is shared by Steve Gleave, General Manager of the Odeon Printworks, who added “It’s great that we can host Grimmfest here at Odeon Manchester. This is the perfect festival of film for fans of brand new and classic horror, cult, fantasy and Sci-fi movies from around the world. It’s fantastic that we can host festivals such as this for dedicated film fans in Manchester!”

Further details about Grimmfest are set to be revealed in the build up to the festival.