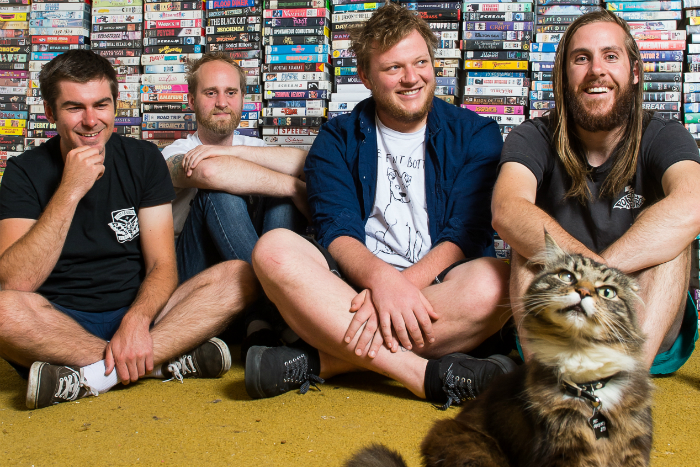 Returning for their fifth European tour in just three years, The Smith Street Band have announced headline dates in London and Manchester, the two intimate shows serving as a warm up to the band’s appearance at Reading and Leeds festivals in late August.  Previous tours have seen the Australian indie folk punk hybrid sell out London shows at The Black Heart, Old Blue Last and most recently The Dome Tufnell Park on a co-headlining tour with Gnarwolves, which took in Manchester’s Gorilla.

August is already the furthest reaching tour for the band in Europe, with a string of festivals in Germany and Slovenia, as well as debut headline shows in several countries, before ending at the prestigious Reading and Leeds festivals. The Smith Street Band return to the U.K. over the first weekend in August in support of their third full lengther Throw Me In The River, out now in the U.K. through Banquet Records. Support on both shows come from Muncie Girls and Shit Present.

In Review: The Orwells at Gorilla
In Review: Girl Friend at The Ruby Lounge
Fall Out Boy announce Manchester Arena gig

image of The Smith Street Band by Ian Laidlaw