In Review: Girl Friend at The Ruby Lounge 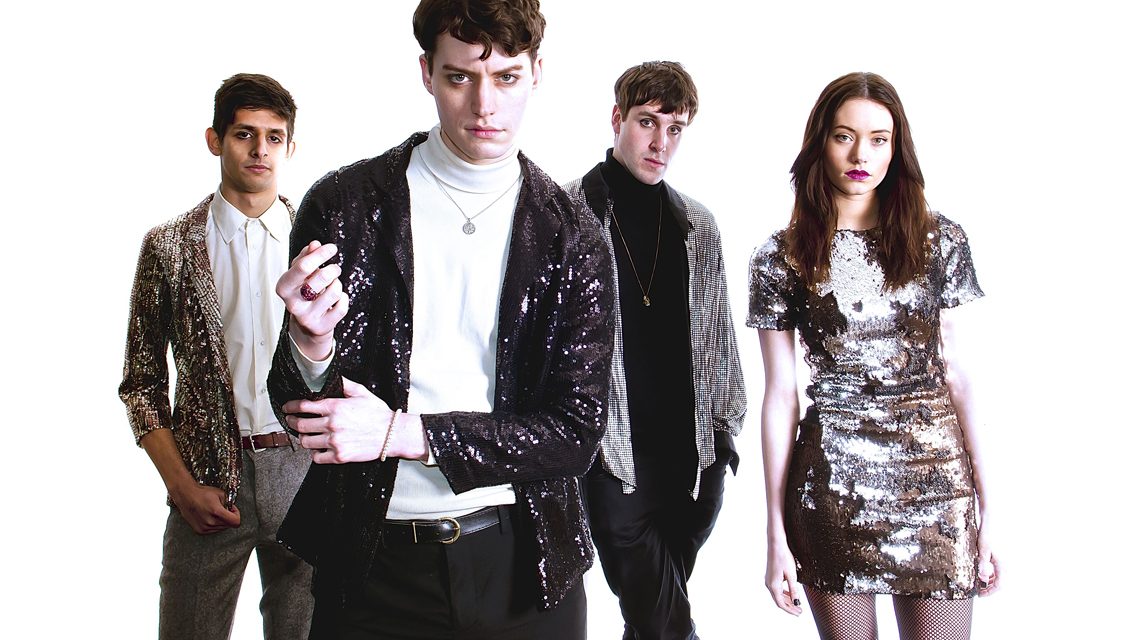 The sequins were out in full force at The Ruby Lounge as Manchester’s own Girl Friend took to the stage.  With lead singer Amory and drummer Sam sporting shiny jackets and new recruit Eleanor looking glamourous in a golden sequin dress (guitarist and keyboard player Jake, however, appears to abstain from the shiny outfits), there is an immediate throw back to the ’80s.

But despite the distinctly retro feel, this is fresh and captivating from the outset as they launch into You lead The Way.  The synths engulf the venue, the beat is hypnotic and Amory’s voice immediately commands the attention of the crowd.  And mid-way through second song Style and Substance it’s obvious that this this is a band which has both of those assets.  The audience is dancing away, Amory owns the stage, oozing charisma, completely at ease, taking the occasional sip from his glass of red wine.

The complexity of their music is apparent, tempos shifting in older track Perfume, strong beats giving way to busy drums delivered with a deft touch in the outstanding You Lead The Way from their new EP Arrive Alone, Leave Alone which is due out on 27th April, and harmonies working particularly well in the excellent Monte Carlo as newest member Eleanor shows her strong vocal abilities, and proves herself to be a welcome addition, bringing a new dimension to the band.

This is synth pop at its finest.  It’s emotive, upbeat, energetic, contains excellent harmonies and vocals all round, and has the crowd dancing.

Amory continues with his charismatic performance, cutting a slightly sinister presence on stage during a darker track, Everybody Wants To Be Wanted.  It’s powerful, dramatic and continues to demonstrate the bands ability to write and deliver, and is further evidence of the music being the perfect vehicle for Amory’s vocals, which are equally at ease with higher pitched elements of the song.

Girl Friend round off with a perfect example of electro dance pop, Chemical Reaction.  The crowd is happy and the band has delivered an impressive performance on the home town opening night of their tour.  There’s no doubting their ability, their music or their knack for entertaining.