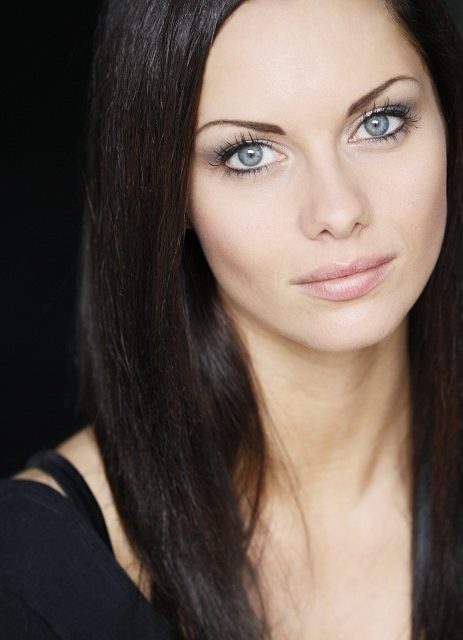 The movie tells of Sarah (Roxanne Pallett) who moves into an apartment block which, … well the type of apartment block nobody really wants to move into – crime ridden, falling apart and where the police and local authority have simply given up.  Worse still, she quickly discovers that the flat she has moved into has the dubious honour of being known as ‘the murderflat’ – hardly encouraging!  Once in, she befriends squatter Sid (Jason Mewes) and teams up with him to find his missing friend, uncovering strange deaths and disappearances along the way, as well as a vengeful ghost which is possessing the residents and turning them into a hoard of zombies.  Jessica Jane Stafford stars as Kate – Sarah’s slightly eccentric, quirky and bubbly neighbour.

Devil’s Tower is gritty and intense, not afraid to shy away from emotional scenes involving Sarah and her abusive mother, Kim (played by Frances Ruffelle), containing some excellent horror moments and great humour (there are some genuine laugh out loud moments), not least from Jessica Jane Stafford who puts in a tremendous comic performance (not to mention bravely filming a hilarious sex scene alongside Peter Barrett) and effectively steals every scene she is involved in.  The movie is well acted all round from a strong cast, with an excellent showing from Roxanne Pallett who manages to evoke empathy from the viewers who are genuinely rooting for her.

How did you come to be involved with Devil’s Tower?
It’s quite funny actually, I was put forward to audition by a friend of mine, Jazz Lintott, who was working on the movie so I was doing it as a favour for him. I later found out that the the producer, Dominic Burns, auditioned me also as a favour for Jazz! So neither of us actually expected me to be involved, but the audition went really well and everything fell into place! I’m sure there’s a moral to that story!

You played the role of Kate excellently and were our favourite character in the movie.  Are there any aspects of your own personality which you put into the character of Kate?
Aw thank you! I actually watched it for the first time last night! I’m nothing like the character on screen, I don’t even dress like Kate, although we have similar tattoos hehe! I’m always happy around people and have a smile on my face but I’d certainly never walk into someone’s flat unannounced! I’ve lived in the same apartment block for 7 years and I still don’t know my neighbours!

How did you keep a straight face filming the sex scene?
A scene like that is like any scenario in life, if you don’t give it your all the first time, it’s going to take longer and longer to do and that’s when it gets awkward. It was more of a comedy romp so that made it easier to shoot. Although obviously, there were a few times where we had to stop due to the laughing and the sheer ridiculousness of it all!

Do you have any particular memories of filming which stick in your mind?
Loads!! Behind the scenes was brilliantly fun. I remember walking in on the producer pouring an entire mug of honey into one of the crew members mouths as a dare! Also, a runner accidentally blocked the exit of the building next door, which happened to be a honey factory. As revenge, they poured honey over the entire outside of the set so we were infested with bees! Maybe that’s how the honey dare happened!

Are you a fan of the horror genre?  Any particular favourite movies?
Horror films are my favourite type of movies to work on. I love everything about them..the make-up, special FX, the stories, the stunts, the zombies..! I feel very relaxed and at home on a horror set. I was addicted to Buffy the Vampire Slayer as a kid and always dreamed of having a role like hers. I remember watching the making of ‘Thriller’ when I was about 5 and being addicted to anything gore related since then!

You’ve had quite a varied career, acting, presenting and modelling.  What’s next?
I’ve done a bit of everything! I stopped modelling a couple of years ago and I’m just acting now. I studied method acting at the Lee Strasberg Institute in New York so I want to get my teeth into some gritty roles.

Would you like to appear in more horror movies?
Absolutely! Acting wise, you can really experiment and have fun. You can go from comedy in one scene to balling your eyes out in the next.

A lot of people will know you from The Real Hustle.  Are you able to tell us what your favourite hustle was?
I’ve not been asked that in a while!! I loved doing the long-cons where the scam would take place over a few days, and sometimes in two different countries! I quite liked the pressure of having to keep it going for so long and getting constant updates! I also really enjoyed doing the bar bets and I was always asked to do them on nights out!

How would you go about ripping us off if you met us in a bar?
I’d do what I did in my audition for The Real Hustle!.. I’d totally ignore you and go up to the bar and ask how much a large glass of wine was, then a small glass…then a water..before you know it, you’ll be buying me that large glass! Always go for the sympathy vote.

You’ve tried your hand at cutting people’s hair (Celebrity Scissorhands) and living in the jungle (I’m a Celebrity).  Are there any other shows you’d like to take part in?
I’m not sure if anything exists but I’d love to do some sort of make-up/special FX show, I love make-up so that would be right up my street! I have a few ideas for documentaries that I’d like to do..watch this space!

You may also be interested in:
In Interview: The Courtesans
Grimmfest 2014 Schedule Announced