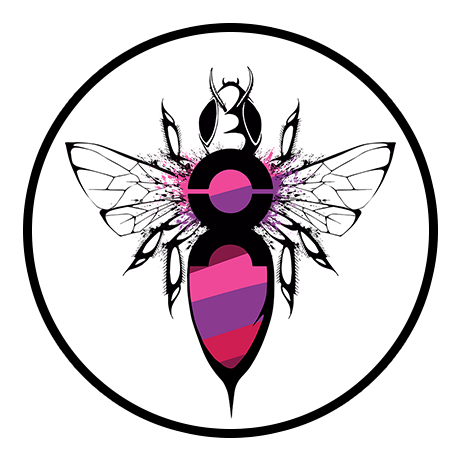 This weekend witnesses the Oxjam Manchester Takeover when numerous venues around the city’s Northern Quarter showcase a wide range of live music over two days (4th and 5th October), raising funds and awareness for Oxfam.

First established in 2006, the event has grown in popularity and the series of events which take place around the UK have seen more than 55,000 musicians performing, with 1.2 million people attending and over £2.3 million raised for Oxfam’s work.  The ‘Takeover’ concept began in 2009 bringing together teams in towns and cities to create a multi-venue music festival.

This year over 100 emerging artists are set to take part in Manchester – with genres ranging from hip hop to indie to folk.  A full timetable of the event can be found at the Oxjam Manchester 2014 website and features outstanding artists such as soul and jazz songstress Charlie Cooper who performed an incredible set at Manchester’s Jazz Festival a few months ago, Liam McClair, No Hot Ashes, Sarah de Warren, Shauna Mackin (who featured on the Oxjam Manchester album in 2013), The Mantells, The Reveurs, Vandettes and Velocets as well as much much more.  It’s an incredible line-up of hugely talented emerging artists and will make for an amazing weekend of music.

Oxjam Manchester Takeover (which is run by volunteers) will see Northern Quarter venues The Bay Horse, Wood, Cord Bar, Gullivers, The Castle Hotel, Twenty Twenty Two, Kosmonaut, The Whiskey Jar and El Capo filled with music and a festival feel.  Tib Street Gardens will also host live music.  But there’s more to the Oxjam than the performances – there are also live art installations and workshops on Tariff Street in association with Toms (yes, the shoe and eyewear company) as well as a market fair, craft traders, street salsa classes and more.

Tickets for the Oxjam Manchester Takeover 2014 are priced at £10 (weekend) and £6 (day) in advance (available here) or £15 (weekend) £8 (day) if purchased on the day.  Wristbands are needed and can be obtained (in exchange for your ticket) from Cord Bar.  Individual pricing per venue is also available. 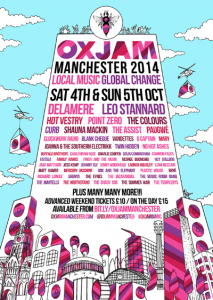 In Interview: Charlie Cooper
In Review: Kristyna Myles at the Manchester Jazz Festival
In Review: Oxjam Takeover at Manchester Museum