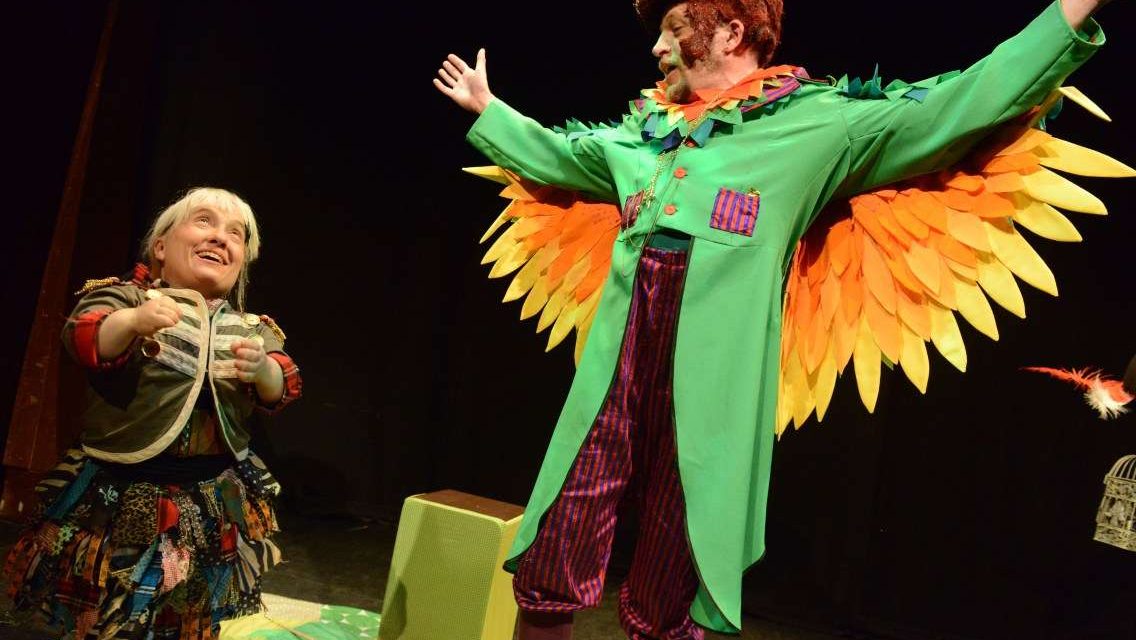 The Family Arts Festival is coming to Manchester this October for two weeks of theatre and performance art for parents, carers, children and young people – all at pocket-friendly prices.

As part of a national celebration of the arts as an important part of family life that should be affordable for all to enjoy, three Manchester venues will be hosting a range of productions, including comedy, dance and live music.

Z-Arts in Hulme, The Edge in Chorlton and the Royal Exchange Theatre will all be welcoming families with festival tickets to performances costing as little as £5.

Z-Arts will be hosting five shows, the first of which, Pirate & Parrot, kicks off on Saturday 18th October. Suitable for toddler age and upwards, Pirate and Parrot takes its young audience on a voyage of the seven seas with a very curious and mismatched crew – the world’s smallest pirate and the world’s largest parrot – in a funny, nautical adventure that will have children on their feet and laughing out loud. Pirate & Parrot will also be showing at The Edge in Chorlton.

The show also coincides with the Z-Arts family-friendly Open Day where visitors will be able to take part in 20 FREE workshop and activity taster sessions as well as performances, film screenings, open studios and rehearsals.

Continuing the theme of getting audiences out of their seats at Z-Arts, will be Once in a Blue Moon on Saturday 25th October in an all singing, all dancing, story-telling show that gathers its audience and takes them on a journey into space.

Saturday 1st November is Inside Out! – a show not to be missed if your children are not fans of bedtime. Inside Out explores the story of two siblings who learn that all the fun happens at night when the lights go out, parents are out of the way and they can create a night-time world all of their own with mythical creatures that used to be clothing and socks that dance!

Surreal and spectacular stories via song are the order of the day on Sunday 2nd November when BBC Radio 2 Folk Award nominated musician David Gibb arrives at Z-Arts with his guitar for Letters Through Your Door.

At the centre of Z-Arts festival programme is the multi-site Family Matters project, a series of FREE, 15 minute-long artist-led monologues performed during lunch times at the Royal Exchange Theatre (Monday 20 – Friday 24 October). The series concludes as all five pieces come together in a final, complete performance at Z-Arts (Sat 1 November – ticket charges apply). Family Matters will take a deeper look at what it means to be a family, taking real life stories from diverse backgrounds and viewpoints, asking audiences of adults and young people to consider the complexities of modern life.

Chorlton’s theatre and arts centre, The Edge, will be showing Lolly, Pops & Circus Props which invites children to follow a wayward performer as she escapes the circus, only to find that life under the big top was better than the world outside (Saturday 18th October). The following weekend sees the North West’s finest comedy troupe, Comedysportz, and their hilariously competitive Family Improv show, where families roar with laughter before deciding which team is the funniest (Saturday 25th October).

When Trolls Try to Eat Your Goldfish (Tuesday 28 October) finds performer, Dommy B in the hunt for a precious, stolen goldfish, Great Bumbleduke the Third, before Chorlton says goodbye to the Family Arts Festival with Pigeon (Friday 31 October), telling the story of Cher Ami, the pigeon that saved 200 soldiers’ lives during the First World War.

The Family Arts Festival is a great opportunity for all families to get together to enjoy a variety of theatre and performance art at a cost that won’t break the bank. There will also be chances to take part in workshops and activities and some post-event sessions with the performers. Check the website below for activity listings.