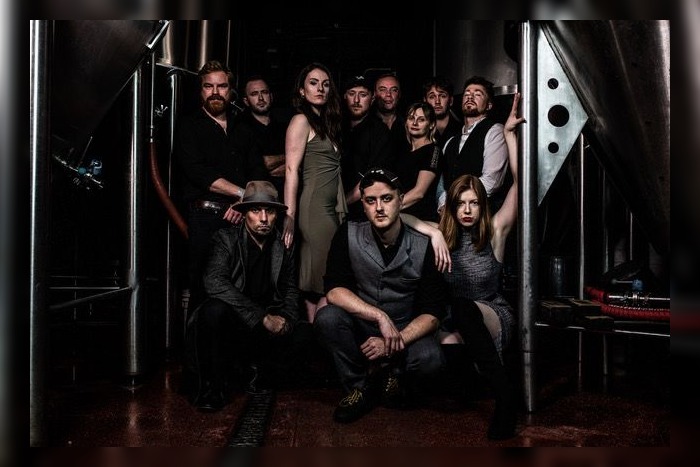 Dutty Moonshine Big Band will headline at Gorilla, Manchester, as they tour ahead of the release of new album City of Sin.

The 12-piece will release City of Sin on 17 April, with a huge run of dates taking place in the build up.

Dutty Moonshine Big Band gave a taste of the album in the form of their single Fever, delivering a poignant message of resilience and unity to women everywhere.  The track was written by frontwoman Maria Laveau, speaking up for all women who have had to deal with sexual harassment whilst on a night out.  The track was co-written with electronic duet Crash Party, mixing styles and genres.

The 11-track City of Sin promises to be a uniquely multi-genre, bass-heavy, dancefloor destroying jouring featuring an array of sounds and influences.  Picking up where their debut album left-off, City Of Sin continues the band’s semi-fictional narrative. Telling the tale of a gang of 1930s moonshine bootleggers as they make their way to the top of the gangster food-chain, there’s plenty more twists and turns afoot here.

When do Dutty Moonshine Big Band headline at Gorilla?