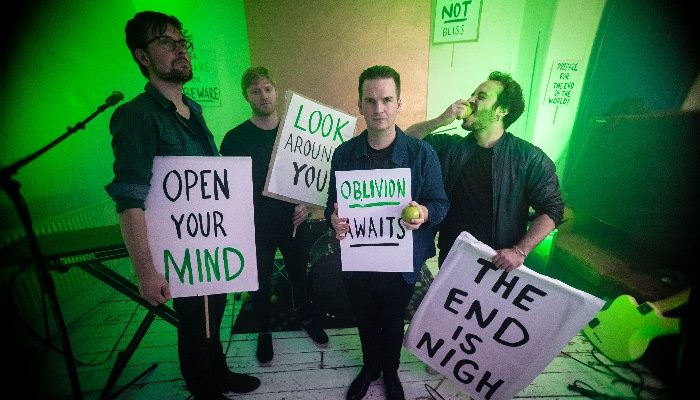 Digging For Apples have announced that they will reveal their new single Oblivious, accompanied by a video shot by Axel W Films.

The Manchester based feel-good indie band release the quirky, soul-inspired track on 5 March.

Speaking about the Oblivious, New Zealand born Manchester-based singer songwriter Shan Robertson explained that his music writing only started “after leaving home, as a kind of D.I.Y. self-therapy of adapting to change and ‘uprootedness’.  I became aware of my own obliviousness after travelling overseas, a tendency to be too often unaware of the elephant in the room – especially when it comes to relationships and social cues.”

Robertson tells stories of his heartaches, setbacks, and realities of finding himself on the other side of the world through his music.  Digging For Apples is completed by bandmates and kindred travelling spirits from France, The Netherlands and the UK who have all found themselves living in the North West.

The video accompanying Oblivious looks at the final moment of the main character’s doom, whilst he remains blissfully ignorant.  “If everyone were more engaged and less oblivious maybe we wouldn’t be preparing for the end of the world” comments Robertson.

To celebrate the release of the track Digging For Apples will put on a free release show at Night People.

When do Digging For Apples perform at Night People?

Digging For Apples perform a free release show for their latest single Oblivious on 5 March 2020 at 7.30pm.