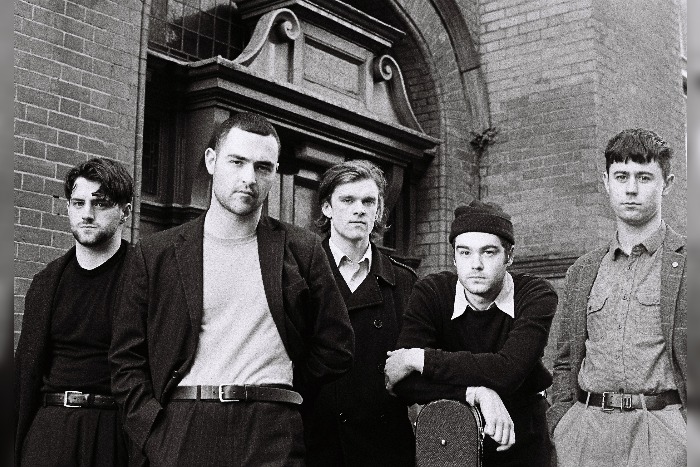 The Murder Capital are set to headline at Manchester Academy 2 during a huge run of European tour dates.

The mammoth tour follows last year’s release of their debut album When I Have Fears and singles including More Is Less, Feeling Fades, Green & Blue and Don’t Cling to Life.

When I Have Fears demonstrated The Murder Capital’s ability to blend post-punk with industrial and yet … tenderness and vulnerability themes already acknowledged in the album’s title.  It was a title the band gave the album early on and one which they continually referred back to ensure consistency of though in the narrative of the release.

The album was designed to touch on what they describe as “the whole spectrum of human emotion”, but despite this is very much a coming of age album.  “When you get to your teens you begin to feel like you’re playing catch up with your inner child”, they explain.  “You have to dismantle all the shit that was put into your parents’ brains and given to you.”

This relationship between pain and freedom is an important one. The suicide of a close friend led not only to the birth of the band’s name but to the philosophy of the entire record, “every single one of those lyrics relates back in some way to his death”. Discovering the work of photographer Francesca Woodman who took her own life at 22, was also a significant touch point. “The biggest impression her work left on us was relating to the loneliness of her photos. That sense of being completely on your own, but also taking solace in the beauty of the work as well. I think we’d be lying if we ever truly admitted to ourselves that we weren’t afraid of dying young. I think we push the boundaries at times. There’s something about Francesca Woodman’s work that just takes control of that.”

When do The Murder Capital headline at Manchester Academy 2?

The Murder Capital headline at Manchester Academy 2 on 14 February 2020.