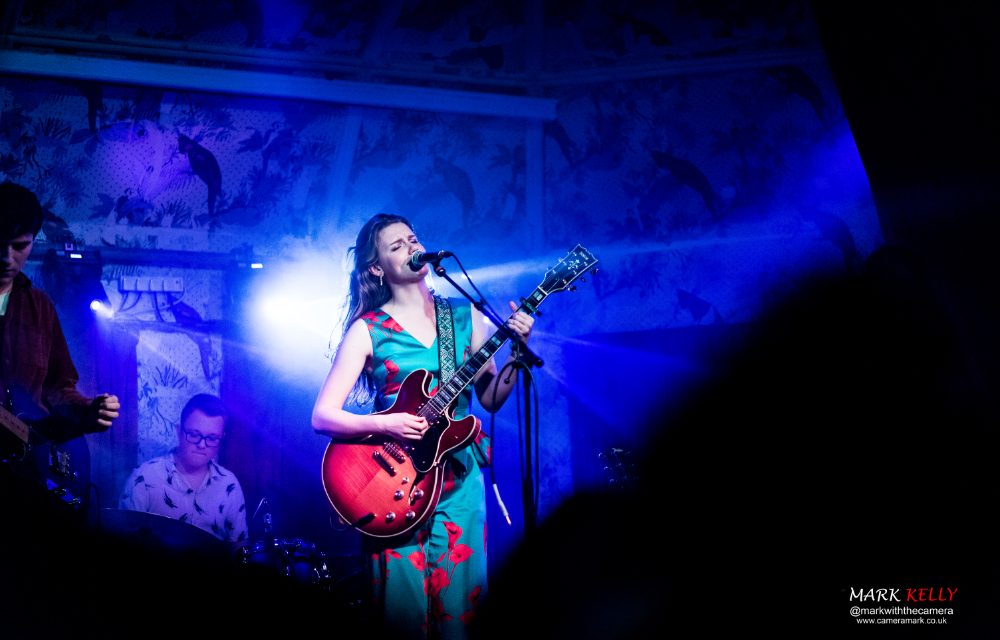 Currently studying at Manchester’s Royal Northern College of Music, Isobel Holly has drawn comparisons with the likes of Carrie Underwood and cites influences including Fleetwood Mac and Carole King.

As somebody who has made a name for herself on the local Manchester music scene, we were keen to catch Isobel Holly live and hear all the tracks from Inflorescence in full.  As I arrive at the Deaf Institute, my expectations are high.  I’ve heard a lot about Isobel, but so far not managed to see her performing live.

After an incredible supporting set from the supremely talented Tim Gallagher, Isobel Holly take to the Deaf Institute stage.

She launches in to a string of tracks from Inflorescence.  Performing Ropes, Seasons, Eyes and her single Atticus, Isobel Holly immediately demonstrates her stunning vocal ability and art for song writing.  Within moments, I’m hooked.

Her performance is upbeat, driven and energetic.   She blends country, folk, country rock and soul perfectly and has the crowd hanging on her every lyric.

But it’s not all tracks from Inflorescence.  She weaves some older material in to the setlist with Jukebox, Lead Me Astray and Dream.  Huge cheers and applause greet every song.

For the most part, Isobel Holly plays with a full band, but midway through the set she takes a moment to perform Tree House acoustically.  It’s a beautiful track featuring heart wrenching and soaring vocals.

Similarly Blame opens with an acoustic segment before exploding in to energy and drama as the full band join in.

Whilst the majority of the set comprises country pop, country rock and soul, there’s a different feel to Jelly.  She admits before starting that she was reluctant to perform it but was pressed to by the band.  It’s an absolutely winner of a track and has more than a few feet tapping along to it.

The classic country feel returns with Louder which draws to a huge climax and demonstrates her stunning vocal ability perfectly, before she finishes the set with the slightly rockier edge to Everywhere.

It’s an apt ending to the set, a climactic demonstration of Isobel Holly’s incredible song writing, vocals and performance.  It’s one which leaves the crowd completely satisfied and making their way home on a high.

Isobel Holly’s debut album Inflorescence is out now and it’s definitely one to enjoy.

images of Isobel Holly at the Deaf Institute courtesy @markwiththecamera