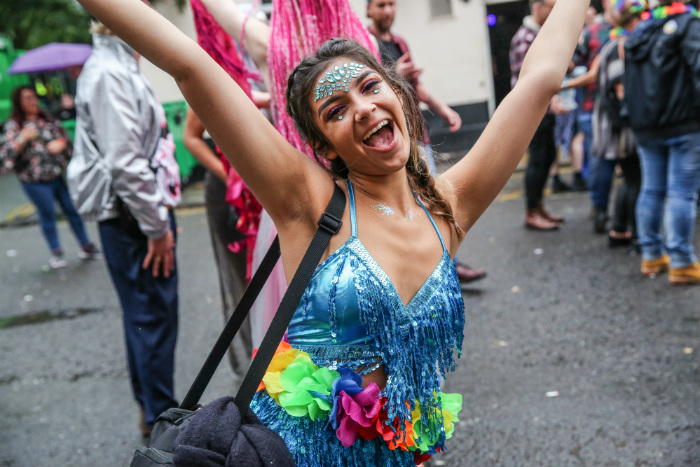 Manchester Pride has revealed that the theme for the 2020 Manchester Pride Parade will be March for Peace.  The LGBTQ+ charity will share its vision for peace in a world where all LGBTQ+ people are free to live and love without prejudice.

During the summer of 1967, thousands of flower children streamed across America searching for peace.  Many members of the LGBTQ+ communities saw the developments of that time as guiding the way to greater liberation, however, over 50 years later the community – both globally and here at home in the UK – must continue its fight for equal rights.

While LGBTQ+ people have achieved so much since then, homophobic and transphobic hate crimes have more than doubled over the last five years, with many people still facing discrimination because of their identity.

More than half of all black, Asian and minority ethnic LGBTQ+ people have reported experiencing discrimination or poor treatment within their local LGBTQ+ network because of their ethnicity and almost half of trans people have attempted suicide at least once and 84% have thought about it.

A quarter of homeless people identify as LGBTQ+, with 77% of these citing coming out to their parents as the reason for them being made homeless.

With this in mind the charity has this year chosen to March for Peace, with its message loud and clear: no one is free until we are all free, and no one gets left behind.

Last year, Manchester Pride Parade 2019 was its largest yet.  The parade featured more than 17,000 participants in floats and walking entries from businesses and community groups across the region with an estimated 250,000 people lining the streets.

The Gay Village Party is at the heart of Manchester Pride Festival featuring community talent, performances, The Expo, markets, amazing food & drink, parties amongst the Village venues and so much more!

Manchester Pride Live will return to Mayfield from Saturday 29th – Sunday 30th August, where the charity will celebrate with international talent across multiple stages, fun activities, fantastic food & drink and lots more to be announced.  Adam Lambert is currently scheduled to perform on Sunday 30 August 2020.

Youth Pride MCR is an event especially curated for LGBTQ+ young people aged 16 to 25 aimed at creating a safe and nourishing space where the younger members of the community enjoy a variety of exciting performances and activities.

The Candlelit Vigil will continue to close the four days with a moment of reflection in Sackville Gardens. The home of Alan Turing and the Beacon of Hope will again be turned into a sea of flickering candles as Manchester remembers those lost to HIV, those who are suffering, those who are persecuted, and recognise the many challenges that are still faced by LGBTQ+ communities here and around the world.