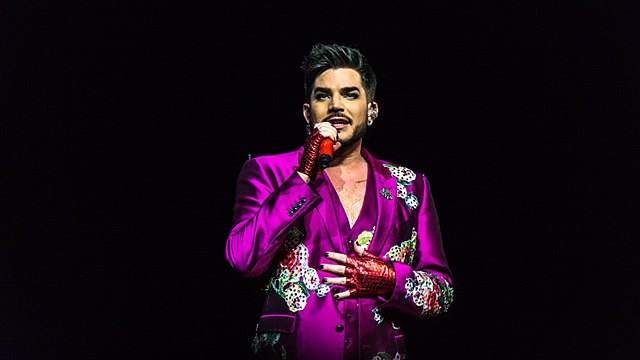 The artist, who has announced a European tour and Las Vegas residency, is the first artist to be announced for the two day event in August.

Adam, whose new single Roses featuring Nile Rodgers is out now, will play Manchester Pride as part of his European ‘Velvet Tour’ in support of new album ‘Velvet’, set for release on 20 March.  The show is one of two UK dates, and will be the celebration of LGBTQ+ life which is delivered by charity Manchester Pride.

Adam Lambert is an openly gay, American singer, songwriter and actor who, since 2009, has sold over 3 million albums and 5 million singles worldwide.  He rose to fame in 2009 on the eighth season of American Idol and is renowned as frontman for Queen who will also be touring in 2020.

Speaking about performing at Manchester Pride Live, Adam Lambert commented, “I am so excited to perform at Manchester Pride for the very first time! Something I have always wanted to do! I keep hearing that LGBTQ + representation is on fire over there and I can’t wait to be part of it and see you soon!”

Following Manchester Pride Live 2019, festival organisers have announced a number of changes for 2020 including a reduced capacity, more toilets on site and a ticket price instalment plan.

The charity will also be conducting numerous accessibility listening groups this year plus seeking expert advice from relevant disability charities and the community who it feels can offer valuable input on the accessibility offerings for Manchester Pride Festival 2020. Organisers will be working in partnership with Attitude is Everything who will be providing accessibility accreditation across the weekend.

The Gay Village Party is at the heart of Manchester Pride Festival featuring community talent, performances, The Expo, markets, amazing food & drink, parties amongst the Village venues and so much more!

Manchester Pride Live will return to Mayfield from Saturday 29th – Sunday 30th August, where the charity will celebrate with international talent across multiple stages, fun activities, fantastic food & drink and lots more to be announced.  Adam Lambert is currently scheduled to perform on Sunday 30 August 2020.

Youth Pride MCR is an event especially curated for LGBTQ+ young people aged 16 to 25 aimed at creating a safe and nourishing space where the younger members of the community enjoy a variety of exciting performances and activities.

The Candlelit Vigil will continue to close the four days with a moment of reflection in Sackville Gardens. The home of Alan Turing and the Beacon of Hope will again be turned into a sea of flickering candles as Manchester remembers those lost to HIV, those who are suffering, those who are persecuted, and recognise the many challenges that are still faced by LGBTQ+ communities here and around the world.