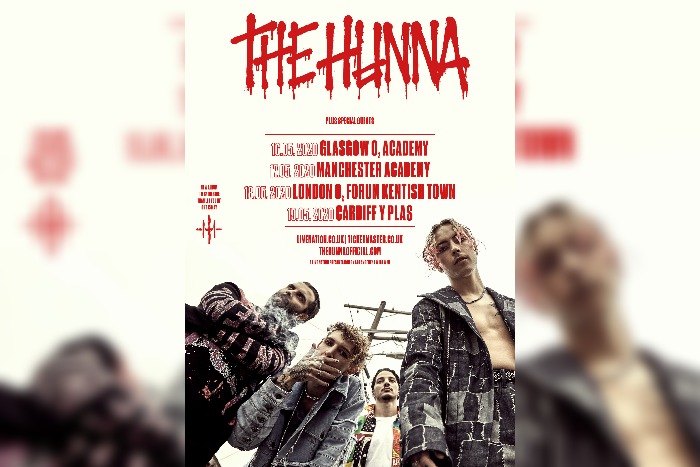 The Hunna have announced a UK tour to support the release of their highly anticipated third album I’d Rather Die Than Let You Out.

The four date run includes a Manchester gig at Manchester Academy in May.

The band have also revealed the first track from the album, Cover You which features Blink 182 drummer Travis Barker.

Speaking about the single The Hunna’s Ryan commented, “You know that feeling when you find someone and when you look at each other you know whatever you’re about to do is gonna be one hell of a journey and something real special, whether it’s a friendship or relationship, whatever ship, it’s like ‘you know if we do this, there’s no going back right?’ ‘You in?’ And no matter what they got your back. That’s what this song is about. It’s fucking chaos out there right now, the world is a gruesome place. It’s about finding something or someone for all time in the midst of the absolute chaos around us.”

The Hunna have spent the last few months recording I’d Rather Die Than Let You Out in LA with John Feldmann and Dan Lanaster.  The album features Travis Barker and a mystery guest.  The album is due for release on 15 May 2020.

When do The Hunna headline at Manchester Academy?

When do tickets go on sale for The Hunna’s UK tour?

Tickets for The Hunna’s UK tour go on sale at 9am on Friday 6 March.