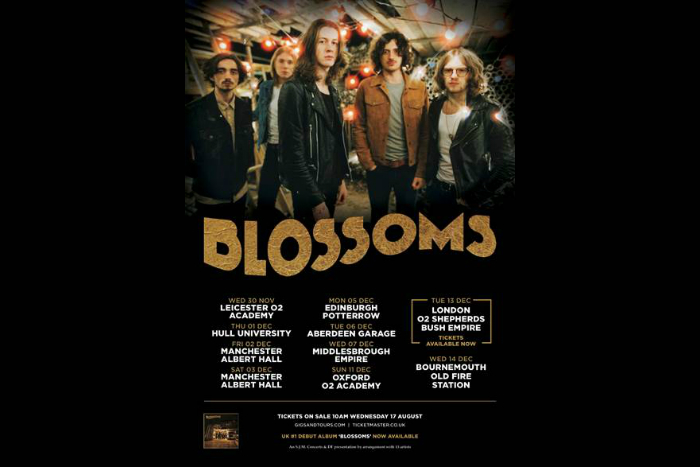 Blossoms have announced a headline UK tour for November and December which will feature two Manchester Albert Hall shows.

The band, who are currently riding high at the top of the album charts with their eponymous record debuting at number one, have received widespread critical acclaim.

The past year has seen Blossoms play live to sold out venues and packed festival tents across the UK and Europe. They have already appeared at Glastonbury, Field Day, Bilbao BBK, Rock Werchter, The Great Escape, T in the Park, Parklife, Kendal Calling and Isle of Wight Festival. The band will also be appearing at Reading and Leeds and Festival No.6

Tickets for Blossoms performing at Manchester’s Albert Hall on 2 and 3 December 2016 go on sale at 10am on Wednesday 17 August.