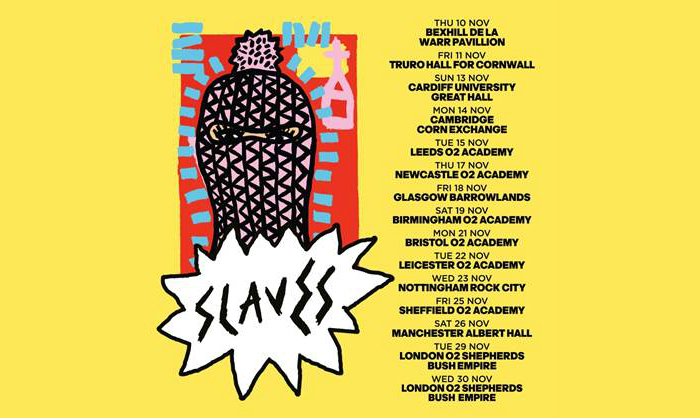 Slaves have announced a full headline UK tour to follow the release of their new album Take Control on 30 September.

The 15 day tour will take in all corners of the UK and will see the band performing at Manchester’s Albert Hall on 26 November.

Slaves first emerged in 2012, working their way up through the local toilet-venue circuit to become one of the success stories of 2015. The band’s debut album ‘Are You Satisfied?’ smashed in to the UK top 10 and earned the band huge critical acclaim. Thanks to their charismatic mash-up of punky urgency and silly humour, they bagged Kerrang!’s Spirit Of Punk award and NME’s Best Video award (for ‘Cheer Up London’), while also securing nominations for the Mercury Music Prize, and for Best New Band at Q and NME.

Tickets for Slaves performing at Manchester’s Albert Hall on 26 November go on sale at 9am on Friday 19 August.