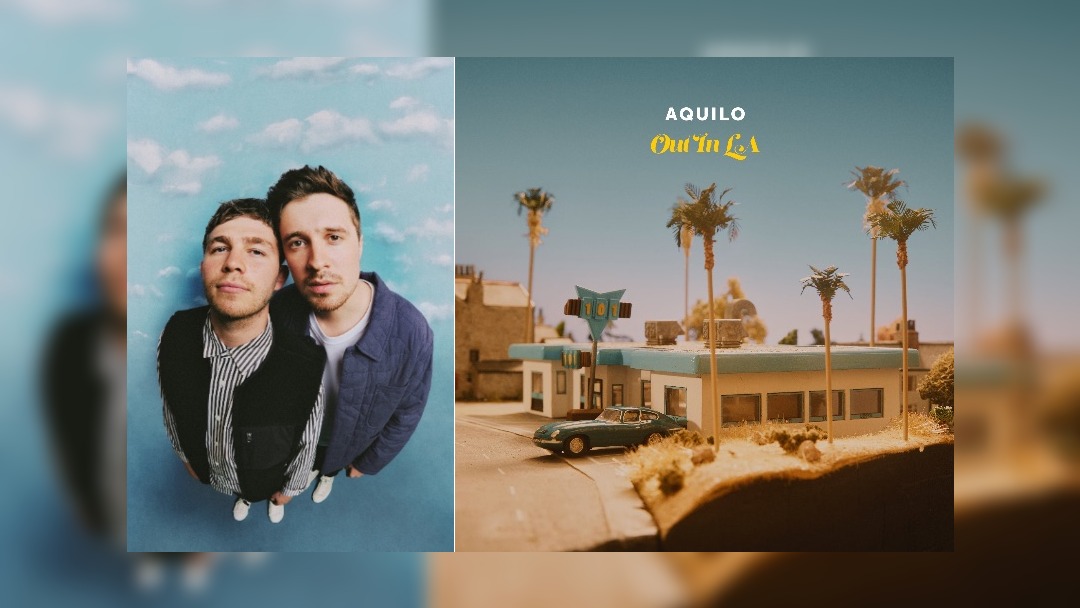 Aquilo have shared the video to their current single Out In LA featuring a detailed model village of their hometown Silverdale.

The video, directed by Blake Temple, develops the song’s reflection of the duo’s struggles in Los Angeles.  Working with a family of model makers, they constructed an intricately detailed model village of their hometown of Silverdale which they’re using as a visual representation of their upcoming third album, set to be released later this year.

In the video, Tom Higham and Ben Fletcher work on the model like a pair of Gods towering over the village.  Piece by piece, they drop some sun-kissed LA elements including palm trees and the 101 Diner into Silverdale’s gorgeously quaint village vibe.  Gradually, however, they realise that Silverdale is perfect as it is and instead revert it back to how it was.

As Aquilo explain, “The concept behind the creative and music videos to follow date back a year or so now. We built a model village of Silverdale, where we both grew up, based on our memories and experiences. The song is about that particular trip to LA being unsuccessful and us coming back with literally nothing.