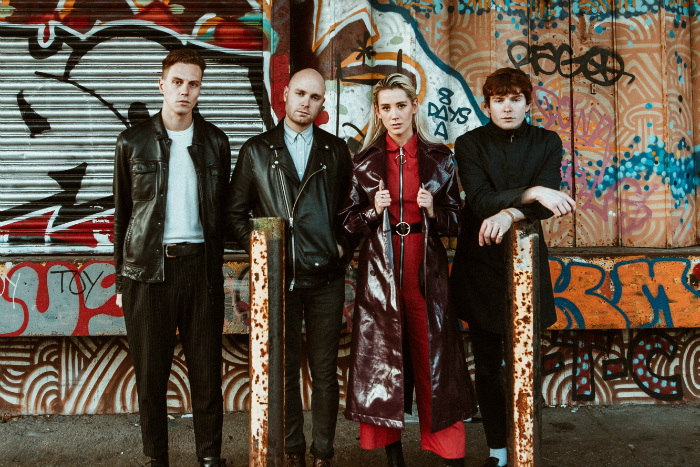 Yonaka are set to headline at Manchester’s Deaf Institute ahead of the release of their debut album Don’t Wait ‘Til Tomorrow.

Don’t Wait ‘Til Tomorrow will be released on 31 May through Asylum Records shortly after they return to the region to perform at the Neighbourhood Weekender Festival.

The album has been previewed with latest release Bad Company.

Don’t Wait ‘Til Tomorrow will see Yonaka bring the unbridled energy they take on to the stage into their debut release.  The album promises to deal with hard-hitting subjects including mental health, the effect it has on others and the complex emotions of love.

The album has been self-produced by the band and engineered by bassist Alex Crosby.

Speaking about the album, singer Theresa Jarvis commented, “The writing process for the DWTT has been a cathartic one. We self-produced the entire LP, which features nine news songs and 3 already released, including the second track we ever wrote – “Awake”. The album’s title ‘Don’t Wait ‘Til Tomorrow’ is a message about reaching out to someone, picking up the phone and making a call; it’s about knowing it’s ok to not be ok. The title track is a personal favourite of mine. We can’t wait to release the album and we hope it resonates with our fans as much as it does with us.”

When do Yonaka headline at the Deaf Institute?

Yonaka headline at Manchester’s Deaf Institute on 19 March 2019.  They return to Manchester to perform at Neighbourhood Weekender on 25 May.