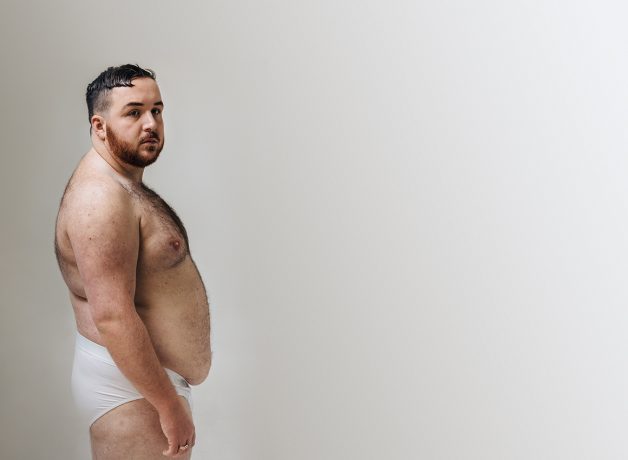 Artist and self-described ‘forward-facing fatso’ Scottee is returning to Home Manchester with his signature take on dance, Fat Blokes.

The production returns to Home Mcr following its sell-out run last May and marks his third appearance at the Manchester venue after performing Bravado at their Orbit Festival in September 2017.

What is Fat Blokes about?

In Scottee’s own words, Fat Blokes is “about flab, double chins and getting your kit off in public”, uncovering why fat men are never portrayed as sexy but always as funny, always the ‘before’ but never the ‘after’ shot.

Fat Blokes is made in collaboration with choreography Lea Anderson and four plus-sized male performers who are all new to dance – Asad Ullah, Joe Spencer, Sam Buttery and Graham Mercer who join Scott himself.

Speaking about the show, Scottee explains, “Fat Blokes sees me taking my trademark mouthy and messy work kicking and screaming in to the world of dance.  It’s a riotous show about bad fatties, like me!  A call to arms for those of us who don’t intend to diet despite television doctors telling us our fact bodies are embarrassing.  Fat Blokes is a fat rebellion to everything you hold so dear.”

Choreography Lea Anderson added, “It is fascinating to work with Scottee who has so much to say about fat male bodies.  I’m looking forward to working with a group of men who have such diverse performance experiences and exquisite silhouettes, and I hope to have the change to make something beautiful.

Scottee will return to Home later in the year with Class (23-26 October 2019), looking at the class divide and what it is to be embarrassed of who you are and pretending to be posher than you are.

When does Fat Blokes run at Home Manchester?