Where the actor doesn’t know the play … 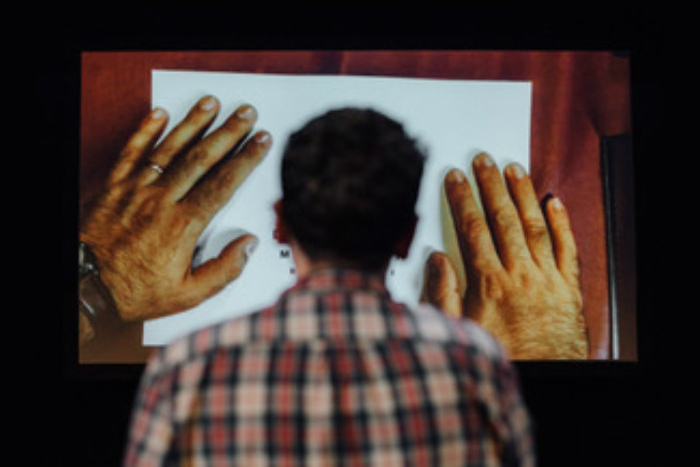 Iranian playwright Nassim Soleimanpour brings his theatrical experiment of a play being performed by an actor who doesn’t know it to HOME Manchester.

Soleimanpour’s work requires no rehearsals and no preparation – just a sealed envelope and a different actor each night to read the script for the first time.

Over three performances at HOME, a different Manchester figure will take to the state and read the contents of the envelope – with Isaiah Hull, Julie Hesmondhalgh and Jackie Kay set to brave the unknown.

The production, Nassim, was first commissioned by the Bush Theatre in London and was subsequently an Edinburgh Festival 2017 Fringe First winner.  The play is a demonstration of how language can both divide and unite.  The production follows Soleimanpour’s acclaimed White Rabbit Red Rabbit.

Who is taking part?

Tuesday 18 June – 21-year-old artist and writer Isaiah Hull is a leading member of Manchester’s leading poetry and spoken-word collective Young Identity. His first collection of poetry, Nosebleeds, is published by Wrecking Ball Press. He has opened for Kate Tempest, Saul Williams, the late Amiri Baraka, performed ahead of Skepta at BBC Radio 1’s Big Weekend festival, and was also in the Imagine Homeland symposium at the 2017 Manchester International Festival marking the 70th anniversary of the partition of India

Wednesday 19 June – Manchester-based actor Julie Hesmondhalgh is best known for playing Hayley Cropper in Coronation Street for 16 years from 1998, for which she won the Best Serial Drama Performance in the National Television Awards, and Best Actress in the British Soap Awards, both in 2014. She is also a co-founder of leading Manchester theatre company Take Back Theatre, and has performed extensively at the Royal Exchange Theatre

Thursday 20 June – Manchester-based poet, writer and author Jackie Kay is currently the Scottish Makar, the Scotland equivalent of the Poet Laureate. Her award-winning memoir, Red Dust Road, is being brought to HOME in September after a run at this year’s Edinburgh Festival. She is Chancellor at Salford University, and is also a patron of HOME.