The Haunting of Blaine Manor to take in haunted theatres 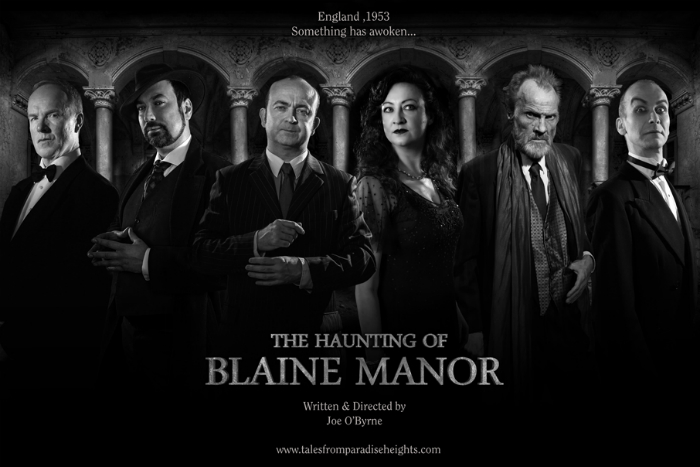 Joe O’Byrne’s award winning play The Haunting of Blaine Manor is set to begin a 2019 theatre tour taking in some of the most beautiful, and haunted, theatres in England.

The Bolton writer/director will bring the production to a series of theatres across the region including The Garrick in Stockport, The Waterside in Sale, Bolton’s Albert Hall, and Liverpool’s Epstein Theatre.

What is The Haunting of Blaine Manor about?

The period piece set in 1953 pays homage to the black and white ghost stories of the fifties and sixties including the characters – the likes of Vincent Price, Peter Cushing, Christopher Lee and Peter Lorre.

Renowned American parapsychologist Doctor Roy Earle, famous for discrediting hauntings and exposing fake mediums, is invited to attend a séance in what is said to be the most haunted building in England, Blaine Manor.  Even the locals won’t set foot there, as all who walk within those grounds will be cursed.

But his arrival at the manor has awoken something horrific within the walls.  As a raging storm closes off Blaine Manor from the outside world, Earle and the others find that what is waiting there is not nearly as horrific as what has entered with him…