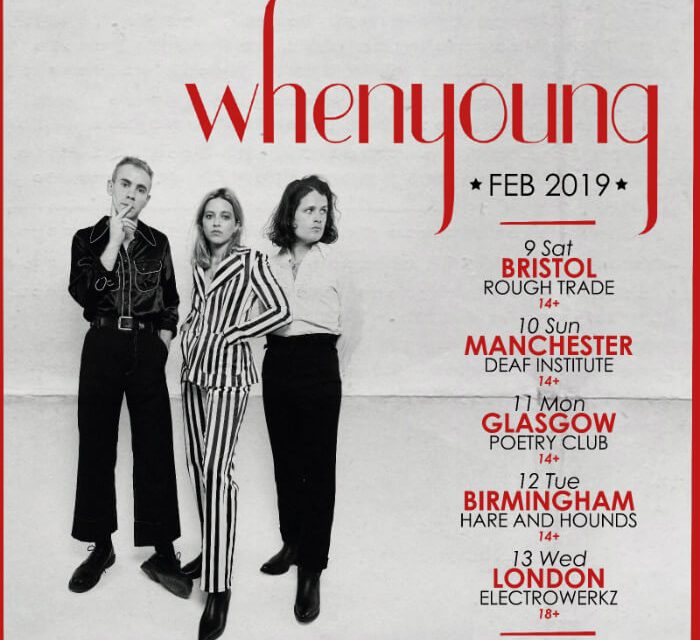 Whenyoung have announced a run of UK tour dates to celebrate the recent release of their debut EP Given Up including a Manchester gig at the Deaf Institute.

The headline tour follows a run of shows supporting Blossoms in December.  The tour with Blossoms includes two sold out nights at Manchester’s Victoria Warehouse.

The trio, singer/bassist Aoife Power; guitarist Niall Burns; drummer Andrew Flood, have released Given Up following the success of recent singles Heaven on Earth and their cover of the Cranberries classic Dreams.  Speaking about the EP, the group commented, “Our EP is a bitesize presentation of who we are, our place in the world and where we’re going. … Given Up was written after a series of late nights and self-inflicted misdirection. The central message is to take your life by the reins and create your own future.”

When do Whenyoung headline at Manchester’s Deaf Institute?

Whenyoung headline at the Deaf Institute, Manchester, on 10 February 2019.  The Manchester gig is one of five headline dates the band has announced:

When do tickets for Whenyoung’s UK tour go on sale?

Tickets for Whenyoung’s UK tour including Manchester gig at the Deaf Institute go on sale on Friday 23 November.