What’s coming up at Manchester Science and Industry Museum 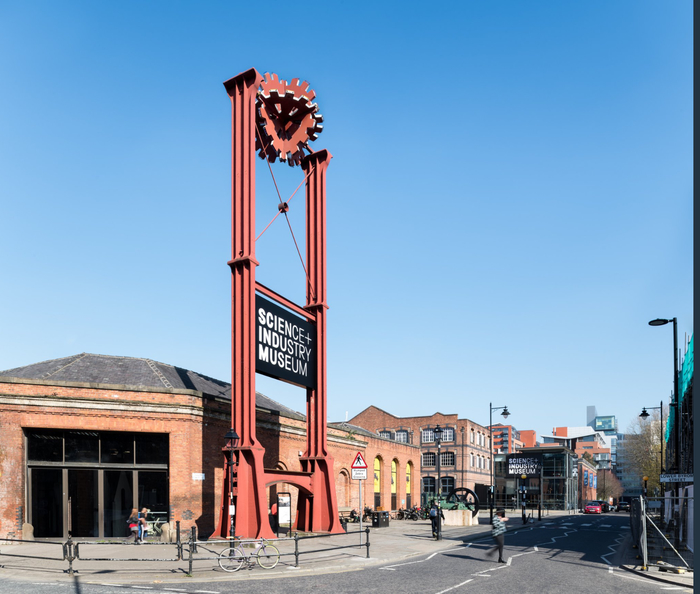 Sunshine, retro gaming and hands-on activities come to Manchester Science and Industry Museum over the Summer with family friendly activates and exhibitions.

Sunshine will be dazzling Manchester this summer no matter what the weather, as the Science and Industry Museum hold their summer blockbuster exhibition – The Sun, opening on 20 July.

The exhibition is a joyously fun, visually stunning and utterly fascinating exploration of the awesome power, incredible beauty and dangerous dark side of our nearest star. From ancient Norse myths to upcoming NASA missions, The Sun is full of remarkable stories and unique objects.

Highlights of the exhibition include interactive activities where visitors can ‘try on’ sunglasses from different eras and cultures, an indoor beach and immersive solar storm plus a prototype fusion reactor and retro posters illustrating how we became a nation of sun worshippers.

Dr Harry Cliff, Lead Curator of the exhibition, said “The fact that the Sun has had such a profound influence on the way we live makes it an incredibly rich subject for an exhibition, crossing huge expanses of time and place. It’s also a subject that is increasingly relevant for the way we live now, from the threat of solar storms to the upcoming space missions that will allow humankind to touch the Sun for the first time.”

Power Up also returns from 20 July until 1 September.  The geektastic gaming event is an annual favourite at the Science and Industry Museum, but now the event will last the whole summer with more opportunities to play than ever before, and for the first time it will feature handheld consoles such as the Gameboy and the Atari Lynx.

Mark Cutmore, Head of Commercial Experiences, said: “We know that Power Up is one of our most popular events of the year, and with sessions selling out for the past few years we decided that a two-week run just wasn’t enough. So I’m delighted to announce that Power Up will be in residence for the entire summer, giving more opportunities to play than ever before.”

Contemporary art will meet cutting-edge technology to create an array of hands-on ‘atmospheric machines’ in Atmospheric Memory, a major new commission by Mexican-Canadian artist Rafael Lozano-Hemmer which will be unveiled at the museum on 6 July as part of Manchester International Festival.

Presented in a specially-designed structure in the museum, the commission will feature a series of spectacular immersive installations that transform visitors’ voices into trails of vapour, ripples on water and even epic 360 degree projections.

Inspired by Charles Babbage’s theory that every word is recorded somewhere in the atmosphere, Lozano-Hemmer has created seven “atmospheric machines” that explore the materiality of sound, combining state-of-the-art technology, live performance and public participation.

Visitors can also see the incredible working machinery of the Textiles Gallery, see Stephenson’s Rocket back in Manchester after 180 years, learn the stories of the first people to travel by train in the 1830 Station and get hands-on with science in our Experiment gallery and at the monthly Pi: Platform for Investigation – Powered by Siemens (running 6 July, 10 August and 21 September).