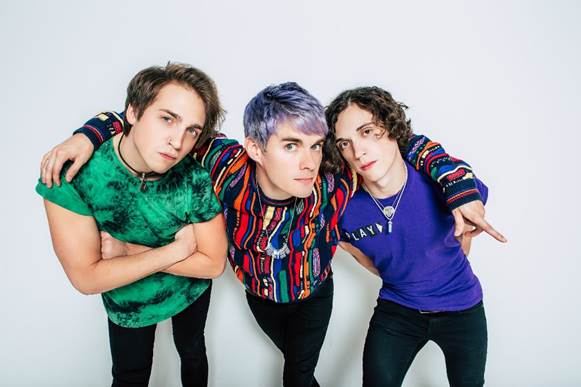 Waterparks have announced that they will return to the UK in Marsh 2018 for a headline run of dates including a Manchester gig at the O2 Ritz.

The announcement of the Entertainment Tour comes ahead of the release of their new album Entertainment.  The album was produced by Benji Madden and Courtney Ballard.  Entertainment is the follow up to their 2016 debut Double Dare, which sparked their career, landing on numerous Billboard Charts including Top New Artist, where it charted for eight consecutive weeks. Since the release of Double Dare, the band has remained on the road, touring with the likes of All Time Low, Sleeping With Sirens, Mayday Parade, and more – not to mention their most recent completely sold out UK tour in September 2017.

Where and when do Waterparks perform in Manchester?

When do tickets for Waterparks performing at Manchester’s O2 Ritz go on sale?

Tickets for Waterparks’ Manchester gig at the Ritz go on sale at 10am on Friday 17 November.  Fans who pre-order or have already pre-ordered forthcoming album Entertainment will receive a code to purchase early access tickets on Wednesday 15 November at 10am.