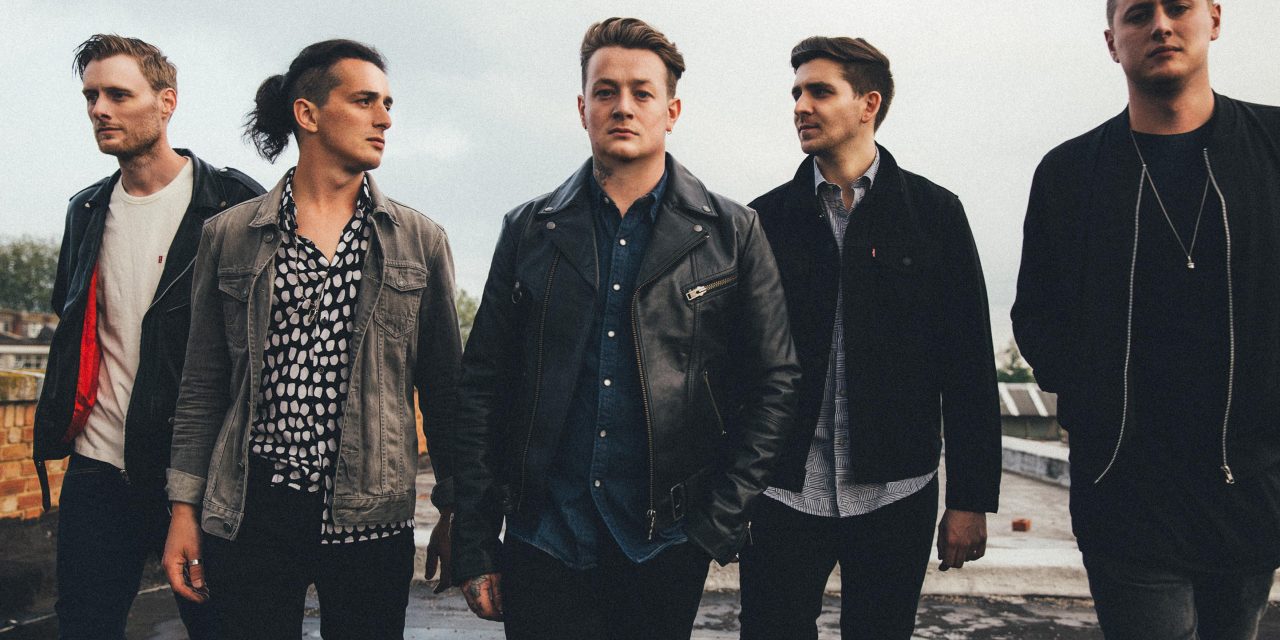 Deaf Havana release their new album All These Countless Nights on 27 January ahead of their headline UK tour which opens at Manchester’s O2 Ritz on 17 February.

The album follows the release of 2013’s Old Souls which hit the Top 10 of the UK album charts, earning the band supporting slots with Bruce Springsteen and more prominent festival listings.

“It made us feel like a proper band,” says Veck-Gilodi, after Deaf Havana’s many years on the fringes of the scene. “It stepped away from that emo-y world; there were a lot more layers to it and the songwriting was much more mature.”

But, behind the scenes, the band were experiencing financial problems and a lack of internal communication that almost broke them. “I was very close to quitting,” says Veck-Gilodi, “basically, I didn’t want to be in the band anymore.”

Veck-Gilodi planned to use the band’s 2014 Reading & Leeds performance to pay off the band’s debts and act as its swansong. But some sideshows reminded him of how much he – and Deaf Havana’s still-burgeoning fanbase – enjoyed his band. A sudden burst of inspired songwriting followed – “It’s probably the most creative I’ve ever been,” he says – but these weren’t just regular DH songs.

Recent single, ‘Trigger’, followed as James says, “it was one of the few songs where the words just came out of me as I put the pen to paper. It’s about me feeling alone in relationships and alone in life, reflecting on all the mistakes and things I had done wrong, yet too idled by laziness to do anything to change them. In the video, Ceci (the actress) represents me, being so close to so many people, yet feeling so far away and essentially remaining alone.”

The song and those that followed demanded that he and his bandmates – singing keys player Max Britton, bassist Lee Wilson, drummer Tom Ogden and Veck-Gilodi’s guitarist brother, Matthew – strike out for new sonic territory.

The end result, Veck-Gilodi declares, is Deaf Havana’s most eclectic and expansive album yet. Having cleared house internally in the months leading up to recording of ‘All These Countless Nights’, taking on new management and signing to a new record label (So Recordings), the band are already benefitting from the “new energy” that brings. They’re communicating better with each other, they’re involved in every aspect of the band’s affairs, and they’re ready for whatever the world of rock wants to throw at them…

“This album needs to take us to a higher level,” asserts Veck-Gilodi. “Not necessarily in terms of chart positions, because I don’t care about that. I just can’t wait for people to hear the album. We appreciate the fact that everyone’s waited this out with us. It’s going to be great.”