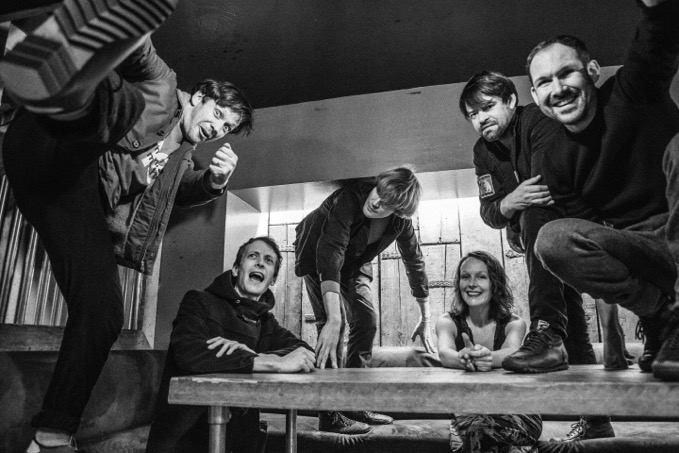 British Sea Power are set to perform at Manchester’s O2 Ritz in support of their new album Let The Dancers Inherit The Party, their first new material in four years.

Across their entire history, British Sea Power have taken a broad and panoramic perspective that’s drawn on historical events while mirroring the ageless wonders of the natural world. Let The Dancers Inherit The Party’s twelve songs cover subject matters ranging from the stars in the night sky to the methodology of media manipulation. Both consistently contemporary and consistent in mood, the album alludes to a world full of chaos and disorder whilst seeking to answer that world with optimism and hope.

British Sea Power guitarist Martin Noble says of the album, which is released on 31 March, “It was made to a background of politicians perfecting the art of unabashed lying, of social-media echo chambers, of click-bait and electronic Tonka Toys to keep us entertained and befuddled. All this can easily make the individual feel futile. But I think we’ve ended up addressing this confusion in an invigorating way, rather than imprisoning the listener in melancholy. Musically, it’s our most direct album and maybe the first one where we maintain a coherent mood from start to finish. Perhaps a little clarity isn’t a bad thing at this point. There wasn’t a plan to create an album with any particular subject matter but we’ve kind of ended up with a case of ’think global, act local’ – an album where individuals are dealing with their domestic and personal lives against a background of uncontrollable international lunacy.”

Tickets for British Sea Power performing at Manchester’s O2 Ritz on 11 April 2017 are on sale now.