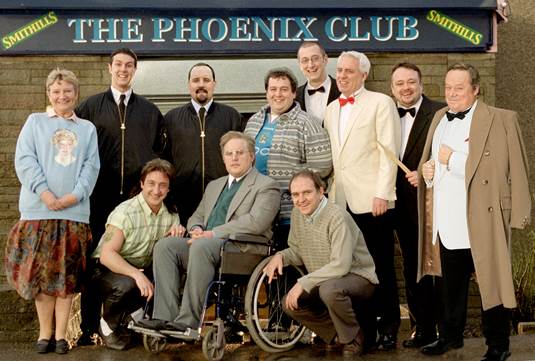 Following incredible demand for tickets for the return of Phoenix Nights for the first time in fifteen years with a special live show in aid of Comic Relief at the Manchester Arena, a series of additional shows have now been lined up, meaning that performances will now take place on an incredible twelve nights.

The multi-award winning and critically acclaimed series follows Brian Potter (a scheming club impresario) and his staff and regulars who will do everything to make the Phoenix club a success.  The show witness the reuniting of the full original cast from the comedy’s creation in 2000.

Peter Kay commented, “Comic Relief has always been close to my heart and I always try to think of something.  I could think of no better way to raise money and have fun than getting everybody back together”.

Tickets are currently on sale.