The Bodyguard to Come to Palace Theatre 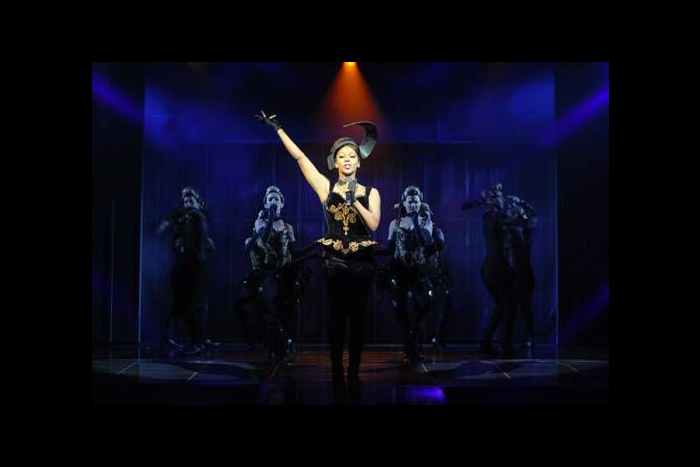 Best New Musical winner (Whatsonstage Awards) The Bodyguard has been announced to run at Manchester’s Palace Theatre in December 2015.  The romantic thriller, which was also nominated for four Laurence Olivier Awards (including Best New Musical and Best Set Design) will star former X Factor winner Alexandra Burke, who has recently completed a sell-out run at the Adelphie Theatre in London’s West End.

Based upon Lawrence Kasdan’s 1992 Oscar nominated movie, starring Whitney Houston and Kevin Costner, hit musical The Bodygard tells the story of former secret service agent turned bodyguard, Frank Farmer, who is hired to protect superstar Rachel Marron from an unknown stalker – and whilst they each expect to be in charge, neither expects to find love.

Produced by Michael Harrison and David Ian, The Bodyguard is filled with an impressive soundtrack including Queen of the Night, So Emotional, One Moment in Time, Saving All My Love, I’m Your Baby Tonight, Run to You, I Have Nothing, I Wanna Dance with Somebody and the smash hit I Will Always Love You, which went on to become one of the biggest selling songs of all time, becoming synonymous with the hit Warner Bros film.

Three-time Brit Award nominee Alexandra Burke, who is set to star in the lead role of Rachel Marron, commented “I couldn’t be happier to be joining the tour and I’m excited to get started.  Being on the theatre stage has brought me great happiness.  It is an honour to have been asked to join the team and I look forward to creating new and long lasting memories with the cast.”

Whilst Alexandra Burke will be appearing in the role of Rachel Marron in the evening performances, at the matinee shows the role will be performed by Zoe Birkett, who was the highest placed female contestant in 2002’s Pop Idol and went on to appear in West End productions of Priscilla Queen of the Desert and took the female lead role in Thriller Live on top of appearances in Tommy and Rent.

Tickets for The Bodyguard at the Palace Theatre from Tuesday 8th December 2015 to Saturday 2nd January 2016 go on general sale on Thursday 27th November, with priority tickets available from Monday 24th November for groups and ATG Theatre Card Holders).

In Review: Fame at the Lowry Theatre
Saturday Night Fever Coming to The Opera House
Shrek The Musical Coming to Palace Theatre