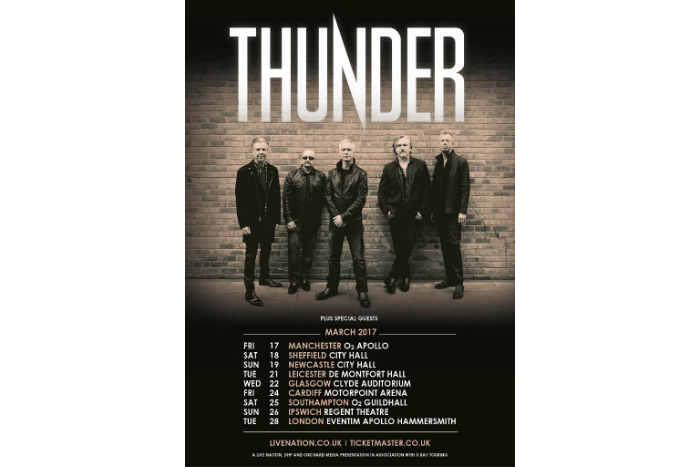 Thunder have announced a UK and Ireland tour for March 2017, opening at Manchester’s Apollo.

The run of dates will feature the band’s hits as well as tracks from their new as-yet-untitled album due for release in February 2017, the follow up to 2015’s Top 10 album Wonder Days.

Frontman Danny Bowes said, “After the arena shows in 2015 and 2016, we decided when we played the UK again, it would be great to take it back to where people live, and this is our longest UK tour for years. We’re looking forward to playing in theatres again, and of course the new album will be out by then, so I’ll be relying on the fans to learn all the words, mostly so they can remind me when I muck them up”.

Tickets for Thunder performing at Manchester Apollo on 17 March 2017 go on sale at 9am on Friday 23 September.