The Wailers announce One World UK tour – heading to Manchester 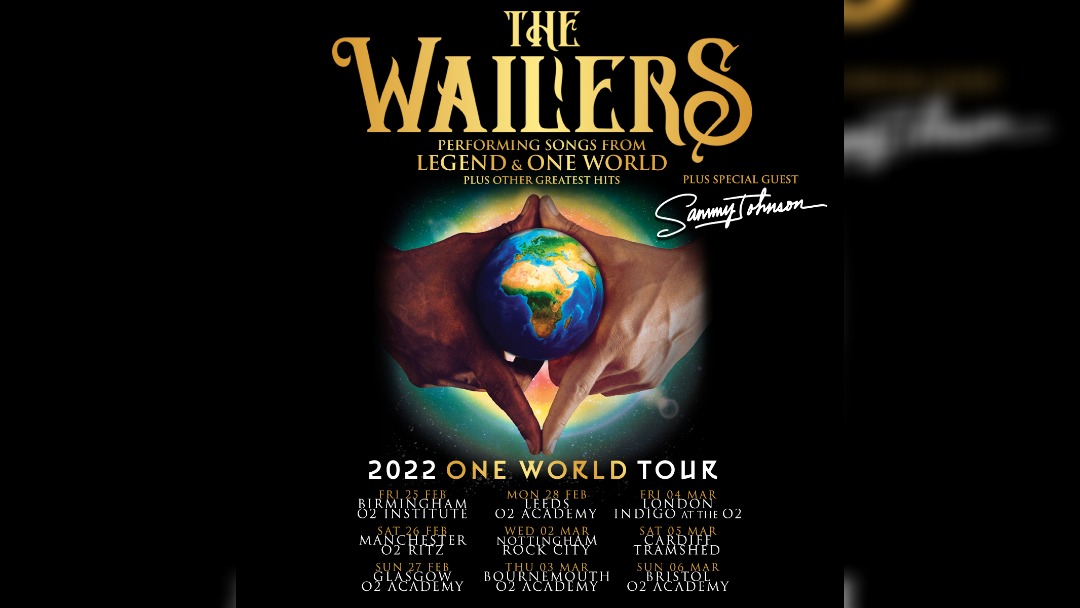 The Wailers have announced a nine date UK tour including a Manchester gig at the O2 Ritz.

The One World tour opens at Birmingham’s O2 Institute on 25 February, running until 6 March.

The culture-defining group are returning to the UK in 2022 and will play a special set featuring cuts from Bob Marley and The Wailers as they perform songs from Legend and One World plus other greatest hits.

In late 2020, The Wailers released their first single off the album, “One World, One Prayer”, a powerful piece focused on unity, love and inclusion beyond cultural differences. Produced and written by Emilio Estefan, “One World, One Prayer”, mixes Jamaican reggae with the sounds of the urban Latin genre. The track features international titan Farruko, Jamaican superstar Shaggy, and continues the legacy of Bob Marley alongside the great man’s daughter, Cedella Marley, and her son Skip Marley.

One World, the album that marks the Wailers’ return to the recording studios and the band’s first album for 25 years, was nominated for a 2021 Grammy Award in the Best Reggae Album category.

When do The Wailers headline at Manchester’s O2 Ritz?

When do tickets go on sale for The Wailer’s UK tour?

Tickets for The Wailer’s UK tour, including Manchester gig, go on sale at 10am on Friday 27 August.