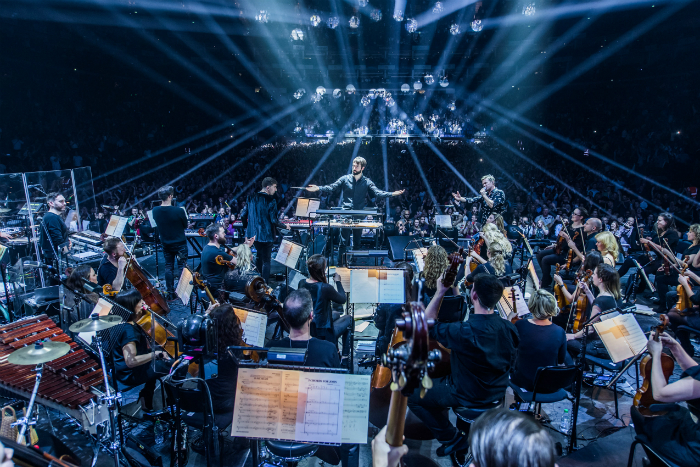 Pete Tong presents Ibiza Classics, his brand new show for 2018, at Manchester Arena in November and has now announced the special guests for the tour.

The special guest DJs for the Manchester show have been confirmed as The Unabombers.

Pete Tong, along with Jules Buckley and The Heritage Orchestra bring their brand new show to Manchester in November.  The Manchester arena show features a fresh set up including special guest singers, updated visuals and new songs mixed in with favourites.

Celebrating the legacy of dance music the show re-imagines some of the White Isle’s most iconic records from the past two decades fusing together visual effects and music technology into phenomenal vibrant orchestral interpretations. With its infectious, energetic music reworked by artistic director Chris Wheeler the show will once again be conducted by the highly acclaimed Jules Buckley and accompanied by the 65-piece Heritage Orchestra.

Where and when is Pete Tong’s Ibiza Classics performed in Manchester?