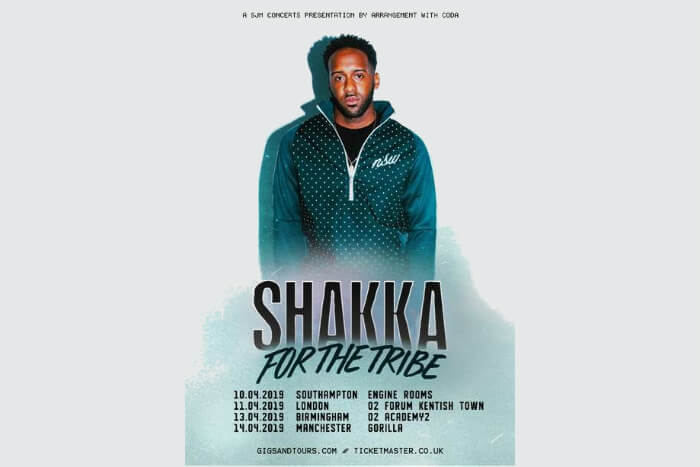 Multi MOBO Award winner, R&B singer and producer Shakka has announced a run of UK tour dates including a Manchester gig at Gorilla.

Having collaborated with the likes of JME and Mr. Vegas on his original tracks while lending his smooth, London-tinged vocals to the likes of Wiley, Idris Elba, Lethal Bizzle and Wretch 32, Shakka has made a name for himself on the British R&B scene and beyond.

He has now announced his ‘For The Tribe’ tour which culminates in a Manchester gig at Gorilla.

When does Shakka perform at Gorilla?