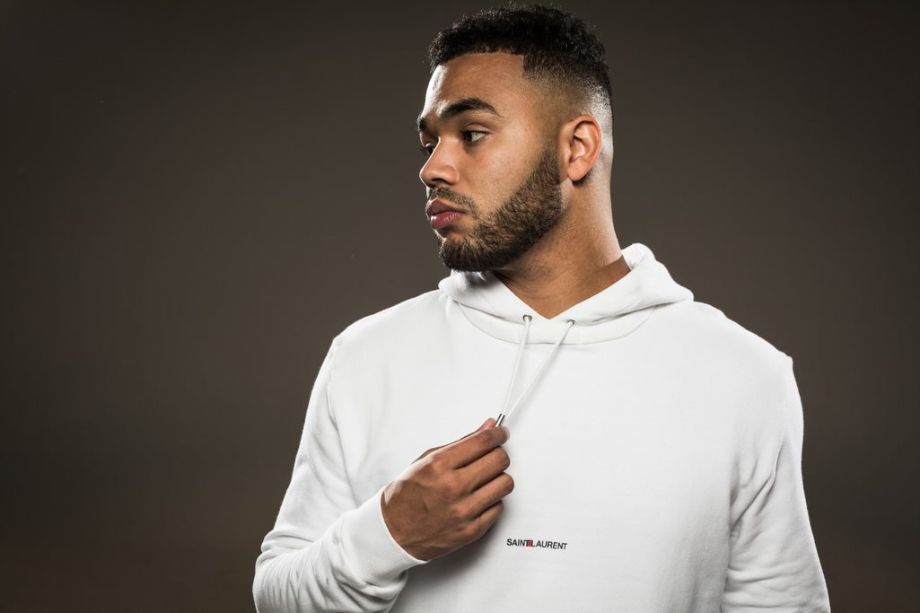 Bacardi launches its gig season next week in London ahead of a Manchester event at Soup Kitchen featuring Yungen.

Through its Casa Bacardi live music events, Bacardi will hosts gigs in London, Birmingham and Manchester.  The events follow their huge success at Notting Hill Carnival.  The shows form part of the brand’s Do What Moves You campaign, celebrating the sounds that move and inspire the UK. 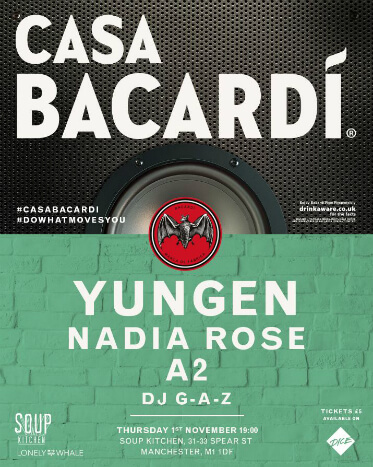 The trio of dates culminate in a show at Soup Kitchen on 1 November headlined by Yungen.  Chart-topping rapper, singer and songwriter Yungen is one of the UK’s hottest acts after an incredibly successful 12 months, selling over 1 million records and releasing several Top 20 singles including the Platinum certified Bestie.

Also performing at the Manchester date are Nadia Rose, A2 and DJ G-A-Z.

Tickets are priced £5.  Proceeds from every sale will be donated to the award-winning non-profit Lonely Whale Foundation.

What are the full line ups for Casa Bacardi events?