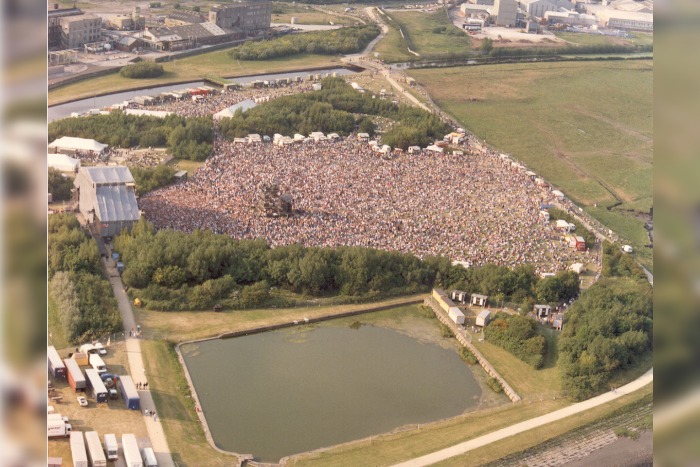 On the 30th anniversary of The Stone Roses’ era-defining gig at Spike Island in Cheshire, the feat will be repeated by The Clone Roses with Spike Island – The Resurrection.

The Stone Roses at Spike Island is regarded as one of the most famous gigs the UK has even seen, with 27,000 fans descending on the unused man made island in Widnes at the peak of Roses-mania.

A second coming in its truest form, next year the UK’s No.1 tribute to The Stone Roses will take to the stage at that infamous Widnes island in what will be the only live performance to have been held at the site since that momentous day in 1990.

Topping the bill, The Clone Roses will be putting in a headline performance that promises to emulate the Roses’ legendary set to a T, from the classic set list, to the vintage apparel, and the euphoric atmosphere that made for an unforgettable moment in history

A series of other acts have been hand-picked to pay homage to the Madchester years with Oas-Is, The Smiths Ltd, Happy Mondaze, The James Experience and True Order joining them on the line up.

Speaking about Spike Island – The Resurrection, Clone Roses bassist Baggy commented, “The prospect of performing on the exact same site as The Stone Roses played their now legendary show is almost unbelievable. Growing up only a few miles from the original site on the Mersey estuary we were all brought up on the tales of that day. I’ll admit I was just a little too young to attend on the day but if you believe what folk say around here it appears there was closer to 330,000 rather than 30,000. We hope to give the veterans a nostalgic trip down memory lane as well as a chance for younger Roses fans to experience just some of the magic of that day 30 years ago.”

When does Spike Island – The Resurrection take place?