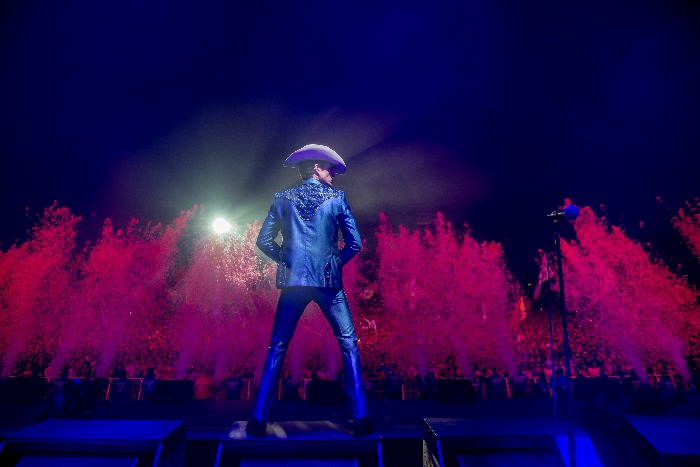 The Killers have announced a huge UK and Ireland stadium tour, including a Manchester gig at Emirates Old Trafford.

The tour announcement comes along with confirmation of the band’s sixth studio album Imploding The Mirage which will be released in Spring 2020.  The album is available for pre-order via The Killer’s official UK store with buyers also getting early access to tickets for their UK tour.

The run of dates marks The Killers’ biggest tour ever.  They will be joined at the Manchester date by Blossoms.

When do The Killers headline at Manchester’s Emirates Old Trafford?

When do tickets go on sale for The Killers’ UK and Ireland tour?

Tickets go on sale for The Killers’ UK and Ireland tour at 9am on Friday 22 November.