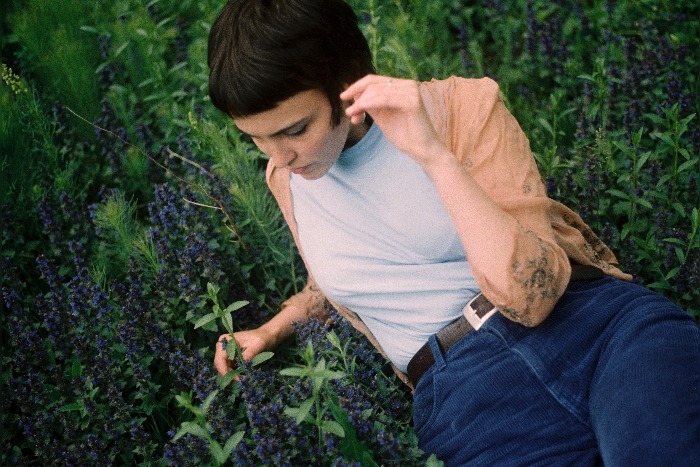 After releasing her new single Catch at the beginning of the month, Dana Gavanski will headline at Manchester’s Gullivers during a run of European dates.

The singer songwriter, who currently lives between Belgrade and Montreal, also revealed the video to the single, directed by Jack Barraclough.  The video starts innocently enough for any cat lover, lulling you into a sense of security before things take a horror movie turn for the truly gruesome (don’t worry, the cats are fine).

Speaking about the track and video, Dana Gavanski commented, “Catch is a love song to creativity. It describes the longing to make something tangible out of something as intangible as inspiration. To be able to ‘catch’ inspiration as a cat catches mice or hunts for food for her kittens. Living in Belgrade over the last few months I’ve been watching the street cats. There are so many and there’s one particular family that I take notice of, a mother and her litter of kittens. I notice her under cars, bushes, stairs, looking for food. And I also sometimes bring them food, thus taking on the role of a provider. I have a soft spot for cats so the idea for the video​ came quite naturally, and not subversively. There’s no political underpinning. It’s really just a silly metaphor for how I see my own creativity as a kind of survival. That if you don’t feed your kittens daily they won’t survive, and the same goes for creativity.”

Catch follows previous release One by One, which was released earlier this year.

Born in Vancouver to a Sebian family, Dana Gavanski relocated to Montral to attend university and planned to pursue a career in film.  Her attention shifted to music when her ex-partner left her his guitar before moving to New York.  Having known only how to play ‘Diamonds and Rust’ by Joan Baez, Dana picked up a Travis Picking technique book and started re-learning how to play. When in the Summer of 2016, she took a job with her father as a producer’s assistant on a horror film in the Laurentians, she made enough to focus solely on developing her music for a year. With that came her first EP, Spring Demos, released via Fox Food Records in 2017. Dana followed this up with her first single for Full Time Hobby in 2019, One by One, produced by Mike Lindsay in his Margate studio.

When does Dana Gavanski headline at Gullivers?